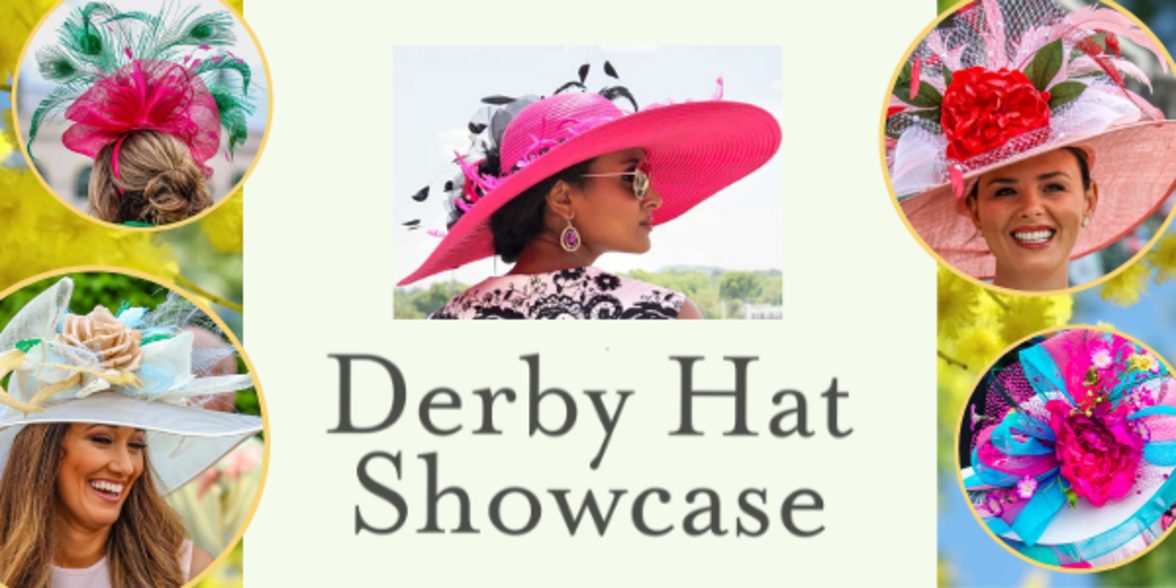 Get an exclusive look at the latest couture designs from the Kentucky Derby Museum’s featured milliners at this one-of-a-kind hat fashion show event! Enjoy unlimited mimosas and a gourmet brunch before models take to the runway to show off the latest hat and jewelry trends.

A DJ will keep the party going while milliners help you plan your signature Derby look. Featured milliners include Formé Millinery Co, Simply Laura Millinery, Christine A. Moore Millinery and The Hat Doctor. The Kentucky Derby Museum Hat Showcase is the perfect “girls’ day out” for all to attend on Sunday, March 13 from 10 AM – 1 PM. Two ticket options are available with general admission priced at $60 per person or VIP runway seating priced at $75 and can be purchased here.

Christine A Moore Millinery
Christine A. Moore hails from the fashion capitol of the country, New York City, but she is no stranger to Kentucky. She has also been Featured Milliner for the Kentucky Derby presented by Woodford Reserve. Previously, Moore has been recognized as the official milliner for the Breeders’ Cup, the Iroquois Steeplechase and the Thoroughbred Owners and Breeders Association, as well as featured designer at the Preakness Stakes, Keeneland, and the Florida Derby. Her uniquely-crafted designs have been worn by countless celebrities and media personalities including Katy Perry, Jennifer Lopez, Jewel, Al Roker and Deborah Roberts.   Simply Laura Millinery
Louisville-native Laura Moser’s designs are uniquely crafted to each individual wearer. Simply Laura Millinery has been featured on the cover of Today’s Woman Magazine, The Voice Tribune, and Tatler magazine in London. Moser prides herself on her detailed craftsmanship which she learned while studying under some of the most talented master milliners from around the world.The Hat Doctor

The Hat Doctor is more than just a fun name for a millinery business. Ilana Kogan, owner and sole milliner, is also a full-time radiologist! Kogan is originally from New York City and moved to Kentucky in 2005 to attend the University of Louisville School of Medicine. Her business began when she started creating Derby hats for her medical school classmates. Now, years later, her handmade, one-of-a-kind designs showcase her love for creative silhouettes and delicately embroidered details. The Hat Doctor designs have been featured in The Voice of Louisville, Tops Magazine, Today’s Woman and Elizabethtown Lifestyle Magazine.