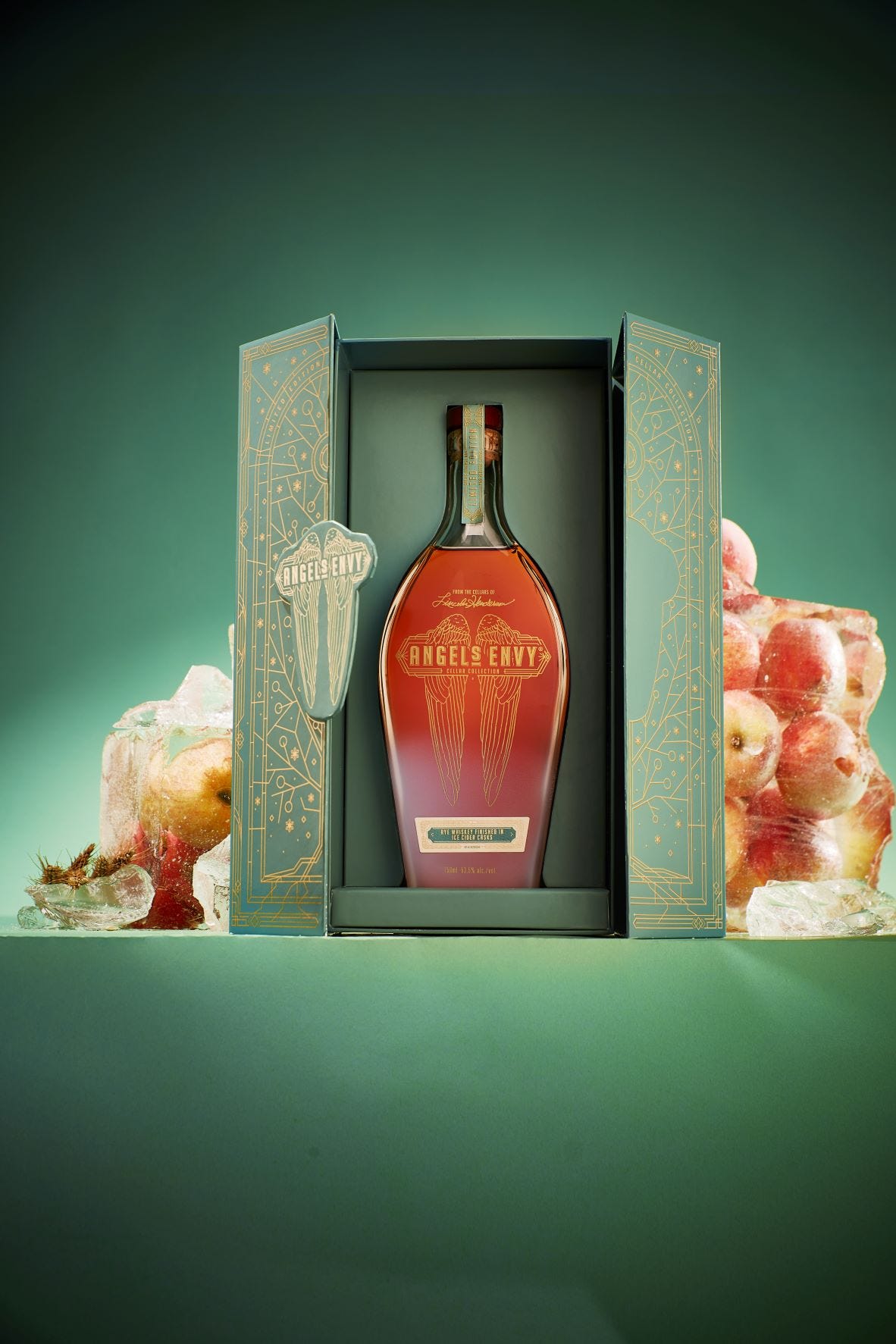 “The flavor profile of this whiskey is very unique – the spiciness of the rye is balanced by the fruity sweetness from the ice cider casks, and there’s a crispness that is really distinct. We’ve never seen a whiskey finished in ice cider casks before, so we’re excited to introduce this finish as part of our Cellar Collection,” said Kyle Henderson, Angel’s Envy Distillery Production Manager.

“My brother, Andrew, was the one who found these barrels and raised the idea of an ice cider finish; he’s really championed this project from the beginning. As we tasted samples and learned more about the craftsmanship, time and resources required to create each bottle of ice cider, we fell in love with the product and the process and knew these special casks would be an excellent match for our rye.”

Ice cider is a dessert-style cider that is produced primarily in the northern US and Canada. The French oak casks used to finish this Angel’s Envy release were used by Eden Specialty Ciders to create an ice cider from tart, late-season Northern Spy apples that had been naturally cold-concentrated in Vermont before partial fermentation and aging. Inspired by the unique, climate-driven elements of ice cider production, Angel’s Envy packaged its Rye Whiskey Finished in Ice Cider Casks in a frosted glass bottle and commemorative gift box.

The limited-edition release, which consists of just 6,000 bottles total, will be available for purchase beginning on February 25 at select retailers in NY, CA, FL, TN, IL, TX and KY, as well as at Angel’s Envy downtown Louisville distillery.