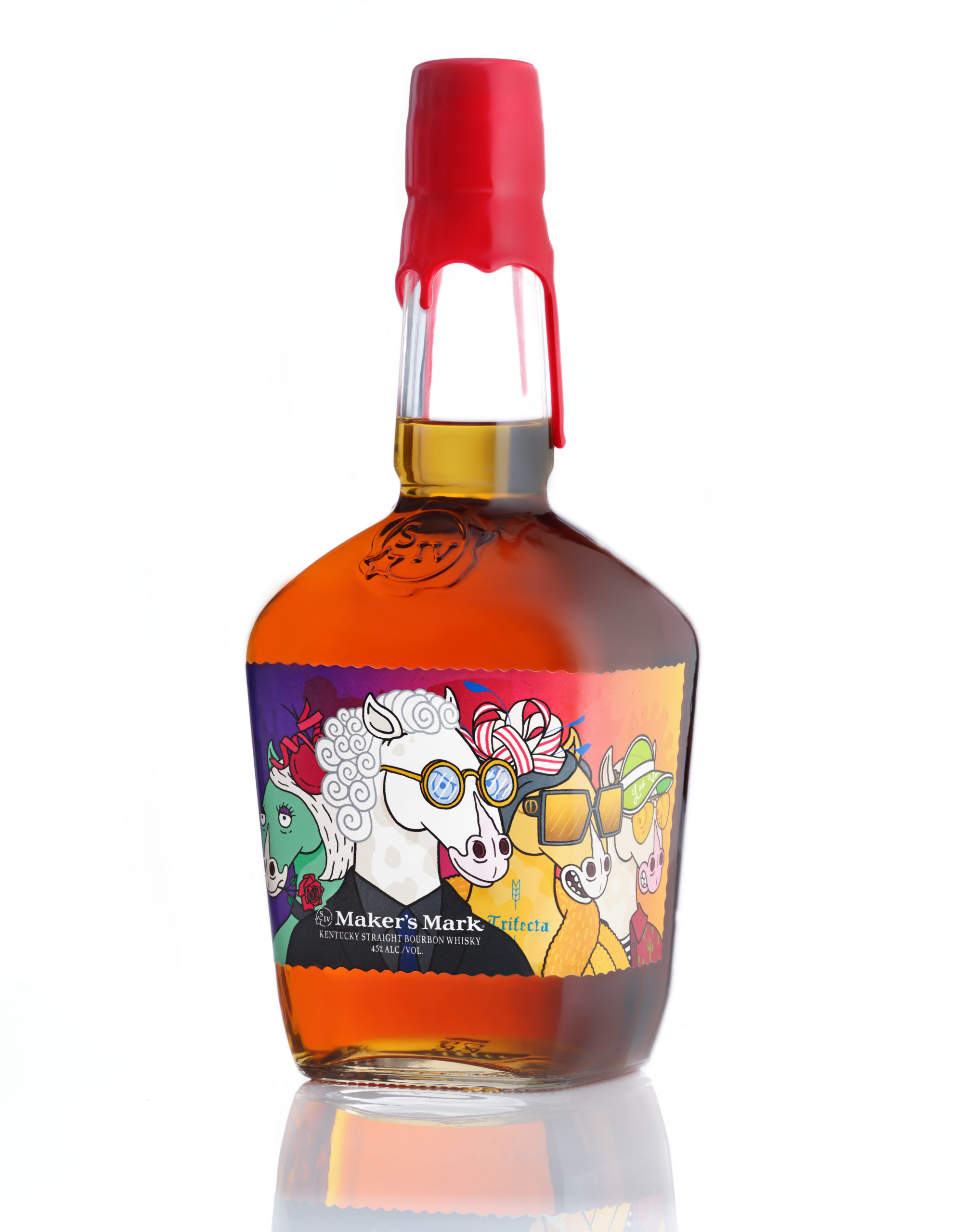 Party Horses announced Maker’s Mark will be its official bourbon partner for 2022 and supply limited-edition Party Horses commemorative labels to 1,000 early adopters in the coming months.

NFTs (non-fungible tokens) in this project are produced as generative artwork that lives on a blockchain. Using an Ethereum smart contract that is created through computer code, algorithms uniquely assign traits to each piece of art during a process called “minting.”

Party Horses began as a Louisville-based project by co-founders Justin Delaney, a serial entrepreneur and successful multi-exit CEO, and Brook Smith, a philanthropist and prolific racehorse owner. “We want our mission to be simple to understand,” said Delaney. “Use Web3 for good, have fun, create beauty, destabilize the disappointing, and collaborate with others to build amazing things.”

Delaney and Smith teamed up with an experienced software engineer, Izaak Prats, whose pedigree includes Meta (formerly Facebook). The project also includes a Team of award-winning designers, Louisville event planner Joey Wagner, and other Louisville-based Web3 enthusiasts. Before the project formally launched, Smith brought in Danish model Helena Christensen and designer Camilla Staerk, after spending some time in the space and realizing the gap in representation for women.

“I’ve known Helena and Camilla for a long time through other business ventures, and their creativity is rivaled only by their eye for equitability,” said Smith. “This is an opportunity to knock down some walls in Derby circles, and also fight for equal representation in the Web3 community.” The premise for the NFT art? What if horses attended the Derby to cheer on the human race?

The first digital event occurs on March 1, 2022, when a list of 2,000 early adopters will be able to pre-mint a complimentary NFT, granting whitelist access. 10k Party Horses will mint two weeks
later, on the Ides of March (March 15) unless otherwise notified.