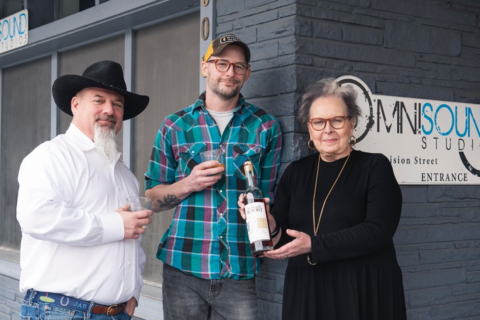 Buzzard’s Roost Whiskey and Americana singer/songwriter Ryan Necci are excited to announce their collaboration. After being introduced to Buzzard’s Roost Rye by a friend, Necci was taken with the quirky name and the image of the buzzard roosting on a branch on the label.

Next thing you know, he’d written a song called “Buzzard’s Roost.” The song drops on Feb. 22 on all streaming platforms including Spotify, Apple Music, Amazon Music, Pandora and others.

“Everything about that bottle caught my attention, from the name of it to the image on the bottle to the liquid inside,” said Necci. “I couldn’t stop thinking about it and it set my songwriting engine in motion. I’m happy to collaborate with the top-shelf team at Buzzard’s Roost.”

Ryan and his band, The Buffalo Gospel, debuted the “Buzzard’s Roost” song in November at a launch event for Buzzard’s Roost Bourbon at Bardstown Bourbon Company. “He had the whole room under his spell with that song,” said Buzzard’s Roost co-founder and master blender Jason Brauner. “Ryan’s style is a captivating mix of country and Americana, and anyone who loves whiskey and good music will love this song – and it sounds even better with a glass of Buzzard’s Roost whiskey in hand!”

“We all share a love of great music and great whiskey,” said Buzzard’s Roost co-founder and CEO Judy Hollis Jones. “We were so excited when we found out Ryan had written a song inspired by our whiskey! We can’t wait to share more of Ryan’s music and more of our whiskey with our mutual fans.”