As we continue to move forward from the challenges of the last two years, I’m reminded of an old saying about not kicking people when they are down. That’s something our elected officials in Frankfort should keep in mind during the remaining weeks of the legislative session.

With Kentucky consumers and businesses still reeling from the pandemic, now is not the time to open the floodgates to unlimited new local taxes—nor is it the time to impose significant new burdens on businesses just trying to keep their doors open and workers employed. Unfortunately, that’s precisely what some politicians want to do once again this year with House Bill 475.

This worn-out bad idea would place a constitutional amendment on our next ballot that, if passed, would open Pandora’s box for local officials to enact new sales taxes, commonly referred to as LOST, and fees on everything from carryout pizza to gas and insurance—the basic goods and services that all Kentuckians rely on. 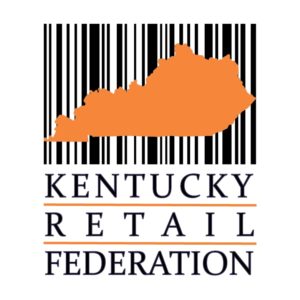 Kentuckians are already facing record-high inflation that has dramatically raised prices for basic goods and increased the cost of living. In fact, during the month of December, inflation jumped at its fastest pace in nearly 40 years. Yet some of our lawmakers still want to open the door to raising taxes on hardworking Kentuckians.

While supporters of House Bill 475 frame it as a way to make Kentucky more competitive with other states and give voters a say in changing Kentucky’s tax structure, the reality is that this bill gives local bureaucrats a blank check to spend your hard-earned income—in ways that you may not agree with—and even opens the door to punitive taxes on things like plastic.

If local officials enact new taxes, it will negatively impact all Kentuckians. Consumers would be forced to pay higher prices, leaving them less money to pay for everything else—monthly bills, childcare, kids’ school activities, rainy-day funds. Meanwhile, retailers end up losing valuable customers and revenue, putting jobs and their longevity at risk. Local businesses are already tasked with collecting sales taxes. Having to apply new local taxes across 400 cities and 120 counties would be an additional—and significant—a burden for many small businesses. This would also create an unlevel playing field as we know customers to shop with their feet and will go across city and county boundaries to get cheaper deals.

Local bureaucrats in Kentucky are already making plans about new taxes to enact if LOST goes into effect, including a restaurant tax. The proposed restaurant tax would unfairly penalize the many Kentuckians—from working moms and retirees to low-income families who can’t easily access grocery stores—who rely on prepared foods, ready-to-eat meals and takeout to feed their families. Even prepared meals sold in grocery stores would be subject to the new restaurant tax.

House Bill 475 would also eliminate constitutional protection that Kentucky taxpayers currently enjoy, not just from sales taxes, but from fees and taxes on anything from packaging to local gas taxes to services.

The question is if we can trust public officials to do what’s best for our individual financial futures. Rather than making tough budget decisions, local bureaucrats would rather grab unlimited taxing authority from the General Assembly—and rather than protecting your best interests, legislators in Frankfort could give them the power to do so.

It’s no surprise local governments want the ability to levy unlimited new taxes. But consumers, business owners and many others just do not agree. Year after year, the problem with this bad idea remains the same. Local governments already tax Kentuckians where they live and work and shouldn’t have free reign to tax them where they eat, shop and play, as well.

Now more than ever, we must take a smart, measured and well-researched approach to tax reform in Kentucky rather than trying to make sweeping, misguided changes that would have negative consequences for years to come. It’s time for LOST to finally get lost, once and for all so that Kentuckians and the businesses that serve them can rest assured that their local governments won’t have the power to unleash unlimited new taxes at a time when they’d hurt the most.