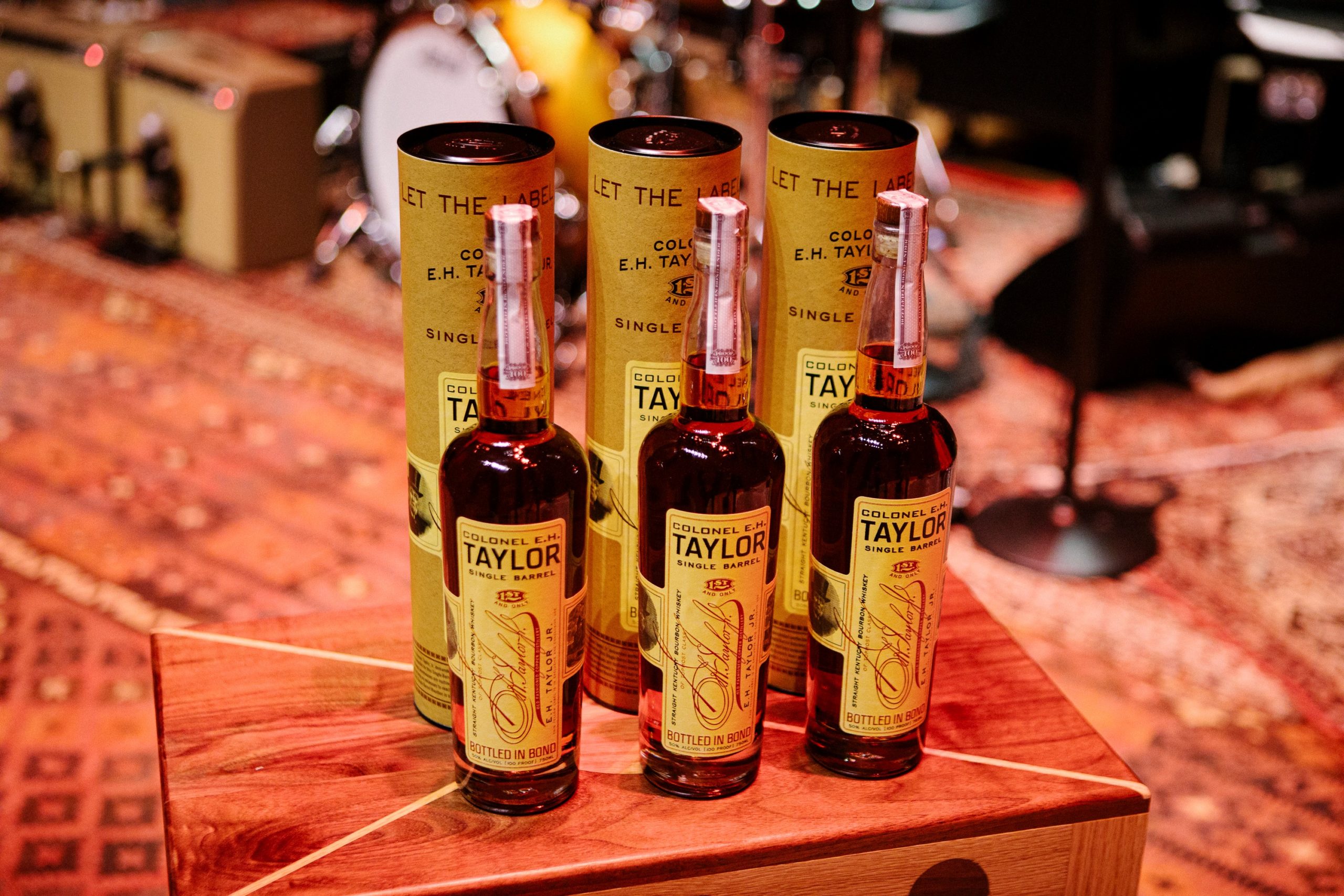 The Bottled in Bond Act, which was passed on March 3, 1897, guaranteed the integrity of the whiskey to the American consumer, and among other things, guarantees only water can be added to the whiskey.

This is the second year for the partnership between E. H. Taylor, Jr. Bourbon and Chris Stapleton’s charitable fund.  Two prize packs are available for bidding now through March 17, 2022, on Charitybuzz:

The E. H. Taylor, Jr. Single Barrel was distilled at Buffalo Trace Distillery and put in the barrel on June 3, 2009.  Bottled in mid-February, this bourbon is over 12 years of age, and like the act, its namesake fought so hard to pass, is Bottled in Bond at 100 proof.

Like the other E. H. Taylor, Jr. releases, this Single Barrel is packaged with elements of Taylor’s original bottlings from the turn of the 20th century, a vintage label bearing his signature and a distinct canister reminiscent of Taylor’s whiskey package from over one hundred years ago.  The canister gives a nod to this unique bottling with a commemorative sticker noting the 125th anniversary of Bottled in Bond Day and the partnership with Chris Stapleton.

Buffalo Trace Distillery is celebrating Bottled in Bond Day in various other happenings as well, including expanded offerings of its Old Taylor Tour and activations in various markets across the United States.

E. H. Taylor, Jr. was instrumental in getting the Bottled in Bond Act passed.  Prior to its passing, disreputable sellers would put items like tobacco juice, turpentine, iodine or other unsavory and potentially poisonous additives to a barrel of whiskey to fill it back up, and/or give the liquid color.  Back in those days, whiskey was usually delivered by the barrel to a local saloon, general store or pharmacy where customers could fill up their own jug directly from the barrel, or retailers could bottle it up for resale on the spot. The Bottled in Bond Act was the first consumer protection law passed, pre-dating the Pure Food and Drug Act by nine years To learn more about E. H. Taylor, Jr., click here.