Budget directors across the nation are busy working out how to raise teacher salaries, and Kentucky will do well to understand this is a part of the competition that will determine who achieves their economic and quality-of-life goals.

There is a teacher shortage.

It’s been a generation since the last big wave of teacher pay raises swept across the United States, when baby boomers were sending their children to school and insisted on better compensation for school employees to improve education for their kids.

Public budgets have progressively tightened since then due to a tech crash, tax cuts, the Great Recession and more tax cuts. Teacher pay has not kept pace with the cost of living. Though not the only reason, it is directly related to why school systems don’t have enough instructors, bus drivers or other necessary personnel.

The job has gotten more difficult. Lots. And that was before the COVID-19 pandemic arrived to complicate and change operations over and over for the past two and a half years.

A lot of dedicated teachers have left the classroom and young adults making career choices are choosing fields other than teaching. Numbers vary according to the source, but they all say we do not have enough teachers here in Kentucky or most other states. And that situation is going to get worse for the 2023-24 school year.

Kentucky teachers made an average $55,016 in 2021-22, according to the state Department of Education. The large majority of the 180 public school districts pay less, but better pay in a few larger districts such as Boone, Campbell, Fayette, Jefferson and Kenton bring the average up. Since 2007-08, in only three years has pay increased more than 1%; the average in the 14 ensuing school years through 2021-22 is a stagnant 0.88% a year.

According to the National Education Association, the national teacher pay average last year was $66,357, which is 20% more than in Kentucky. Our cost of living is less than the national average, but it is not 20% less.

Education is a complex process and collectively we have decided to attach a variety of other social services to school operations. Our systems are imperfect and certainly there are instances of waste and problems to address, but this is the case in any large complex system. Don’t let it distract from the goal.

Workforce development is the top issue for communities, regions, states and nations across the globe. It has been for more than a decade. The competition for jobs, business growth, better pay, wealth creation and quality of life is dependent on workers—not only enough of them but their skill level.

Today’s students very quickly become tomorrow’s workers, managers, innovators, entrepreneurs and decision-makers. How our state grows—or doesn’t—and our quality of life depends on them.
Kentucky is at an inflection point, with the world’s major and top-paying industries beginning to place billion-dollar bets on us. How would we like this to turn out? What are we willing to settle for?

Our public schools will play the largest role in determining the outcome. 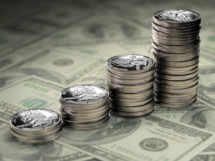 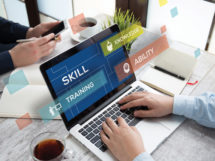