Christen Boone has been named president and chief executive officer of the Fund for the Arts organization in Louisville, effective Sept. 1. Boone will succeed Barbara Sexton Smith, who will retire at the end of August.

♦ Chris Castle has been promoted to vice president of Community Trust Bank.

♦ Gary Pierce has been named vice president for First Security Bank’s Bowling Green market. Pierce comes to First Security from US Bank in Glasgow, where he was community president and commercial relationship manager.

♦ Brigitte Blom Ramsey has been named associate executive director of the Prichard Committee for Academic Excellence. Ramsey succeeds Cynthia Heine, who has retired.

Dan Cahill has been named vice president and market leader for Kentucky for HORAN, an employee benefits and financial services company headquartered in Cincinnati.

Charlie Lanter has been named to the newly created position of director of the Office of Homelessness Prevention and Intervention in Lexington.

♦ Dr. Gregory Barnes has been named the inaugural permanent director of the University of Louisville Autism Center. Barnes, who will also hold the Spafford Ackerly Chair for Child and Adolescent Psychiatry and faculty positions in the departments of neurology and pediatrics, comes to UofL from Vanderbilt University.

♦ David J. Bensema has been named chief information officer at Baptist Health, where he will be responsible for leading and developing technology structures across the system.

♦ Melody Kitchen has been appointed communications manager for University of Louisville Physicians.

♦ Ashland Inc. CEO James O’Brien has announced that he will retire effective Dec. 31, 2014. 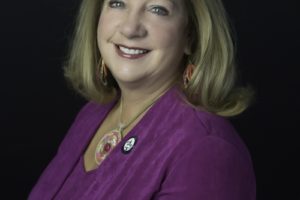