LOUISVILLE, Ky. (March 22, 2012) — Members of the Greater Louisville Association of Realtors® posted 773 sales during the month of February 2012, a 25.9% increase over February 2011. February’s total sales continued an eight-month trend of outpacing the same period last year, which posted 614 sales during February 2011. The average selling price paid for single family and condominium homes in February was $157,891, up $3,285 from January, and up 2.92% from the same period a year ago.

Inventory, or the number of homes listed for sale, fell to 7,286 in February, a slight decline from January’s 7,331. January’s inventory snapped a 12 month declining trend, and rose to 7,331 units, from 7,294 in December ’11 and 7,825 in November ’11. The number of homes for sale continues to exceed a similar period last year, which posted 6,829 active listings for February 2011. That said, the current supply remains one of the lowest in the past 12 months.  GLAR’s inventory of active listings stands at a 9.4 month supply; inventory levels near a 6 month supply are often associated with an in-balance market.

Overall, GLAR members continued the strength of the 1st quarter 2012 with a surge in February sales volume, when compared to the 1st quarter of 2011. The current month’s sales reflect a 25.9% increase over February 2011, following January’s 12% increase in sales volume when viewed against the same period last year.  Market segment performance varies, but in sum, the warm start to 2012 continues to offer a few degrees of positive news.

Jefferson County Market Comment:
Realtors® posted 536 sales in February in Jefferson County, an increase of 11 units from January, but a decline of 76 units from December. The February’12 sales performance was 31.7% better than February ’11 which posted only 407 sales.  For the month, the county’s average selling price continued to fall, as it posted its worst performance of the past 12 months, falling to $ 151,545, from $152,338 in January and $160,652 in December. The loss in the average sales price measured a -1.72% when viewed against a similar period last year. The supply of homes on the market in Jefferson County stands at 4459, down from last month’s 4,510 units, but up 8.6% from February’11.  The current inventory in Jefferson County stands at an 8.3 month supply.  In sum, Realtors® remain watchful of the decline in average sales prices, but welcome the increase in sales volume when viewed against this time last year.
The number of homes that were sold & closed in February 2012 was about the same as 2011 (49 vs. 51 respectively). However, the number of homes that went under contract and placed in a pending status was up substantially (72 vs. 58 respectively). Oldham county sales statistics are more volatile than Jefferson County due to the smaller sample size, which is about 1/10th the size of Jefferson County. With this smaller sample size we saw the average sales price up in February 2012 at $248k vs. $230k in 2011, an increase of about 8%. This rise in average price is due in part to the sales of some higher priced homes. The inventory of homes for sale was up 10% in February 2012 vs. February 2011 (448 vs. 408 respectively). In summary, prices are rising modestly versus one year ago and the number of homes that went into pending status (contract signed) was up sharply compared to January 2011.
Bullitt County Market Comment:
Realtors® posted 61 closed sales in February in Bullitt County, an increase of 2 units from January, and 9 units from December 2011. February ‘12 sales blasted February ‘11’s sales volume with a 74% increase in activity. The average selling price in the county for February fell to $126,855, from $139,649 in January, and $143,788 in December.   Supply, or the number of homes on the market, increased to 526 units, from 522 units in January and 507 in December, reflecting an 8.6 month inventory. 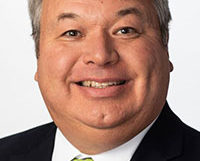 LBX Co. again donating $500 to AHA for each Link-Belt excavator it sells in February