“This is a welcomed investment in central Kentucky,” said Gov. Steve Beshear. “The fact that Hendrickson chose to expand here is a further testament to our skilled workforce and thriving auto industry. Hendrickson has been a tremendous corporate partner to the Commonwealth, and we want to celebrate the company’s success and the new jobs being created.”

Hendrickson is a leading global manufacturer and supplier of medium and heavy-duty suspension systems, axle systems, springs, and bumper and trim components. The company opened its Lebanon facility in 1998 and currently employs 126 people.

Hendrickson plans to build out an adjacent shell building it purchased in 2007, in anticipation of future growth. This is the company’s third expansion in the past decade. When the project is completed in early 2015, Hendrickson will operate nearly 229,000 square feet in Lebanon.

Hendrickson Truck Commercial Vehicle Systems is a subsidiary of Hendrickson USA LLC. This is Hendrickson USA’s second announcement in Kentucky this year. The company cut the ribbon on its new 100,000-square-foot trailer division in Elizabethtown in March. Hendrickson also has trailer suspension operations in Somerset. The three facilities combined employ nearly 450 Kentuckians. 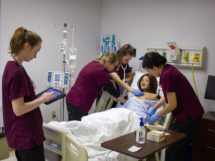 One Southern Indiana reaches a huge milestone: 200 projects in 15 years