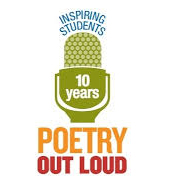 Bryan, 16, was one of 14 state finalists who competed in the first and second rounds Thursday morning in Frankfort. She advanced to the final round based on her recitations of “Domestic Situation” by Ernest Hilbert and “For Love” by Robert Creeley in rounds one and two. In the final round, Bryan clinched the state championship with her recitation of “Revenge” by Letitia Elizabeth Landon.