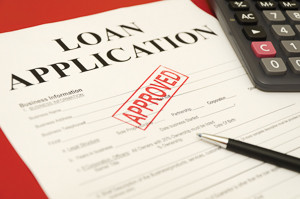 While significant uncertainties remain, Kentucky bankers are optimistic about 2015 as the year opens. They see increasing consumer spending generating business investment and hiring, with better employment levels meaning decreases in the number of problem loans. Low energy prices are a significant bonus for the economy, and historically low interest rates are a benefit to the housing sector, even if it means slim margins within which to generate bank profits. The Kentucky banks expect GDP growth will be in the 2 percent to 2.5 percent range. The bigger metropolitan areas are experiencing improvements before the rural areas. There is an expectation that sometime in the second half of this sixth year of slow economic recovery, the Federal Reserve will begin to increase interest rates.

Bill Jones, Division Manager, US Bank: “Overall economic activity throughout most of the state continues to improve. Companies both large and small are looking to invest for the future, and consumer spending levels have picked up. It is particularly encouraging to see the consumer activity pick up as that is the fuel for a healthy economy. Export sales are one area that Kentucky continues to see positive trends, although a strengthening dollar may put pressure on this sector. Interest rates, for the first time since 2008, are projected to increase in the second half of the year, with the precise timing uncertain and dependent on economic developments. The banking industry across the board continues to adapt to the new regulations brought on by Dodd-Frank legislation.”

Luther Deaton, Jr., Chairman, President and CEO, Central Bank: “Kentucky will continue its slow recovery from the recession in 2015. Thanks to the diversity of its economic base, employment will slowly improve. Two major goals need to be creation of high-value jobs and funding for all levels of education. Consumer spending is recovering as confidence improves and the housing industry will rebound if interest rates continue at current levels through the end of 2015. The slow-growth economy has challenged community banks to adopt new standards and strategies. Our bank is working with consumers and businesses to pursue available opportunities that lead to better growth and prosperity for our communities.”

John T. Taylor, President/CED, PBI Bank: “We believe we’ll see more of the same in 2015. We expect moderate overall GDP growth in the 2.0 percent to 2.5 percent range. Levels of uncertainty remain high in our economy, including geo-political risks and their potential impact on energy costs, the unknown associated with increased business regulation costs and the continued roll out of the Affordable Care Act. Finally, the cost of capital for businesses may increase as the Federal Reserve has signaled a potential rate increase in mid-2015. Competitive loan pricing and terms may partially offset these headwinds as banks work to deploy excess liquidity.”

Bill Alverson, CED, Traditional Bank: “2015 marks our economy’s sixth year operating in an expansion. Our climb out of recession has been slow and steady, with a few obstacles along the way. But as economic fundamentals improve across most sectors, we see the climb poised to pick up momentum, especially as it relates to local business, where we sense a positive shift towards increased investment and hiring. A rise in Kentucky employment and income will equate to reduced financial delinquencies and an increase in demand for housing and other consumer goods, providing a boost to our economy. Most economic experts agree that our economy will sustain economic growth of 2 percent or higher in the coming year. Community banks will continue to play a vital role in providing credit and liquidity services to business owners and consumers, helping to spur economic growth in Central Kentucky and beyond.”

Tucker Ballinger, President/CEO, Forcht Bank: “The economic outlook for Kentucky continues to show signs of improvement, however several challenges remain unchanged. Most counties are still experiencing elevated unemployment rates, the state continues to lag behind the nation in terms of labor force participation, and the lack of job growth makes it difficult for many communities to attract new people to the region. However, we remain optimistic as the larger metro markets are beginning to show signs of improvement and are gaining momentum. Loan demand in both the consumer and commercial segments remains soft but has improved over the past 12 months. As a local community bank, we are committed to helping our communities grow and developing business that can stimulate and revitalize the region.”

Tom Partridge, President/CEO, Fifth Third Bank (Kentucky): “The U.S. economy will continue to expand in 2015, supported by cheap energy prices and an improving labor market. However, labor and manufacturing constraints will limit economic expansion. Fifth Third Bank’s Investment Strategy team expects GDP growth between 3-3.5 percent in the intermediate-term. The decline in oil prices represents a tremendous global stimulus, a windfall whose impact will take time to develop. Federal Reserve policy will take center stage in 2015 and rate normalization might begin without any evident signs of inflation.”

Jean Hale, President/CEO, Community Trust Bank:“The Kentucky economy, like the U.S. economy, is seeing indications of recovery. The economic recovery is somewhat regionalized, as was the level of economic downturn, due to the diversity of our economy. Improvements in unemployment rates and business activities have been positive for the banking industry as we have seen increases in loan demand and reductions in problem loans. However, we will continue to experience pressure on our net interest margin as long as the Fed continues to hold interest rates low. We see improvement in most communities we serve in Kentucky, West Virginia and Tennessee; however, some business sectors, particularly coal and natural gas, remain stressed. We anticipate eastern Kentucky and southern West Virginia will continue to have significant economic stress that will impact businesses and individuals.”

Ballard Cassady, President/CEO, Kentucky Bankers Assn.:“2015 started out and will more than likely stay under a cloud of uncertainty. With oil prices falling, the threat of European deflation, guessing when the Fed raises rates and of all things, a strengthening dollar’s negative effect on multinational companies it’s enough to make even the best economist blush with uncertainty. The U.S. economy is still growing slightly above trend, according to federal statistics, and corporate earnings continue to perform to the upside of expectations. With interest rates remaining low for most of 2015, it should be a good year for the stock market and home ownership.”

Heath W. Campbell, President, Kentucky Region, Branch Banking & Trust: “As 2014 concluded, we have solid reasons to be optimistic about the U.S. economy in 2015. The domestic economic fundamentals are strong with sustained GDP growth in 2014, solid and improving U.S. job markets resulting in unemployment of 5.8 percent, combined with increasing consumer confidence and spending. While our outlook for 2015 remains positive, our optimism for the U.S. markets and Kentucky must realistically be tapered by looming global economic challenges (China and Eurozone).”

Jim Rickard, President/CEO, Your Community Bank: “Your Community Bank is optimistic about economic growth in the region for 2015. Loan demand increased moderately in 2014, and we expect that to continue this year. We are seeing improvement in construction, both residential and commercial, and businesses are increasing their capital investments. The outlook for interest rates is less certain, and everyone will be watching the Fed closely. We will continue to focus on providing excellent customer service to our clients and strong returns to our shareholders. Finally, we are excited to welcome our new customers from our recent merger with First Federal Savings Bank in Elizabethtown.”

Louis Prichard, President, Kentucky Bank: “In 2014, Kentucky Bank expects marginal economic growth not only in its 10 central and eastern Kentucky counties but throughout the state. Improved employment will be a driver of any sustained growth. Kentucky unemployment is likely to be around 6.7 percent most of the year; as a result, we expect the economy to grow at a 2 percent rate. Home refinancing has virtually stopped; the shift will be towards home purchases, but we do not expect significant residential real estate market growth. Commercial loan growth is improving, but borrowers are still cautious about the uncertainty of the economy surrounding the healthcare Affordable Care Act and additional regulatory burdens on businesses.”

Lloyd C. HIllard, Jr., President/CEO, Farmers Capital Bank Corp.: “I’m much more optimistic as we enter 2015. With improvement in employment, there appears to be more confidence among consumers and small businesses. Our loan pipeline reports are improving and small-business lending is up. We’re certainly not back to the pre-crisis levels, and some customers are waiting for more signs of recovery before making any significant expansion decisions. However, the new activity is encouraging. As we see the economy continue to improve and inflation ticks up, we expect action by the Fed in June of this year. We are projecting the Fed Funds Rate to increase 50 basis points by year-end and another 50 to 75 basis points in 2016.”

John Gohman, Regional President – Lexington, PNC Bank: “Lexington’s economy generated momentum in the second half of 2014 that I foresee continuing in 2015. The pace of job growth in the region lagged the nation, but payroll employment is now above its pre-recession peak level compared to the national level. Central Kentucky has a variety of growth drivers to lean on as manufacturing becomes a smaller share of employment. This creates the possibility that incomes grow faster than expected. The drop in gasoline prices will boost consumers’ real disposable income and reduce input costs for manufacturers. Continuing to diversity our industrial base is essential to building on our success.” ■ 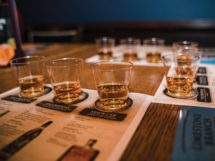 Delving into the History of Bourbon 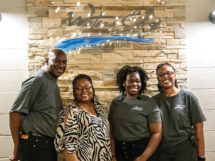 Better Outcomes Via Partnerships
Another Up Year for the Stock Market

Nearly $204 million in additional boost for Kentucky Colleges and Universities