BEREA, Ky. (April 24, 2015) — Berea College students and a Berea alumna were among the individuals and groups who received Earth Day awards from the Kentucky Environmental Quality Commission in recognition of significant contributions to environmental protection.

The Berea College Student EcoChallenge Team, a diverse group of 11 student volunteers, produced the first carbon-neutral green basketball in Kentucky. The group’s goal is to increase awareness with those who would normally not be involved in such environmental efforts by involving various organizations on campus. Berea College placed first in the National Recyclemania (to increase recycling) and Campus Conservation National (to reduce energy consumption) competitions.

Berea College alumna Deborah Payne, ’02, serves as project director of the Health Impact Assessment of Shawnee Fossil Plant. Her goal is to increase community dialogue around health as it connects to both the environment and the local economy. Her success was measured by the level of increased stakeholder involvement through open dialogue and literature review.

In presenting the awards, Arnita Gadson, executive director of the Environmental Quality Commission, said “It’s an honor to recognize Kentuckians for their tireless efforts and unwavering advocacy to environmental protection. This year’s recipients are diverse and their efforts will have positive lasting effects in our state.” 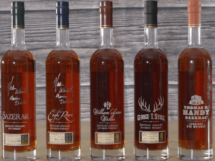 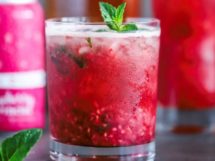