Winchester, Ky. – The beloved Kentucky soft drink Ale-8-One is getting a new look to mark the product’s 89th anniversary.

Using its heritage for inspiration, Ale-8 has designed the non-returnable glass and plastic bottles to reflect the look of the iconic returnable bottle.

A vintage designed stamp describes the flavor profile: crisp, clean real ginger with a hint of citrus, and incorporates a revived Ale-8 slogan dating back to the 1940s: “For bracing pep.” The voluntary Clear on Calories logo was added to the front panel for transparency. Most importantly, the packaging also communicates that the secret formula has not changed.

“The time is right to share our brand,” said Fielding Rogers, CEO & 4th Generation Owner of Ale-8-One Bottling Company. “For those unfamiliar with Ale-8, we wanted to better communicate our proud heritage, great story, and flavor profile.”

The complementary can, wrapped in a picture of the Bluegrass’ other jewel, the Red River Gorge, will be referred to as the “Un-common Can”. It will feature
the same additions as the non-returnable glass and plastic bottles, but will more prominently showcase the Gorge image. This same image will be car- ried through to the can wrap and the handle of the 6-pack glass carton.

“Like Ale-8, the Red River Gorge is a Bluegrass gem to those in the know – a retreat off the beaten path, where cherished memories are made. We’ve added this refreshing image that carries the marketing campaign, ‘One sip, and you’re there,’” said Ellen McGeeney, President & COO for Ale-8-One Bottling Company.

In addition to packaging updates, the branding work included the addition of the first Mission Statement for the 113 year-old company. Again, reaching into the past for inspiration, the company mission captures qualities of the long-neck returnable bottle. Returnable bottles contain twice as much glass and are built to last. They are an almost lost treasure: Ale-8 is one of the last remaining companies in the United States to still accept glass bottles returned for deposit, to re-wash, re-fill, and re-use. They harken back to a time when businesses were more values driven, trusting that profits would come if they held true to their val- ues. Thus, the Ale-8 Mission Statement: “Return for Deposit: We Believe in Returning a Deposit Made in Good Faith.” The mission statement is broken down further to include eight core values.

Fielding Rogers, who still mixes up the secret family recipe, which uses real ginger and citrus for a crisp, clean refreshing beverage treat.

“It was important that we have a mission statement to guide our decision-making and behavior as we look to expand,” said McGeeney, the first President outside of the family to run Ale-8-One. “Fielding’s business model is not industry standard. He’s the fourth generation owner and treats his employees like family. The company values are as important as maintaining the bottom line, and profitable growth that is steady and sustainable.” 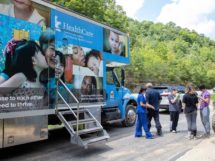 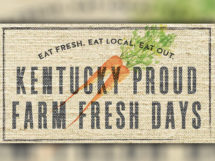 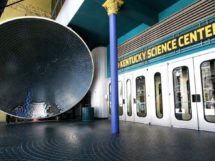