Franklin’s slot will be replaced by Boyz II Men and Kool & the Gang. The concert is scheduled for 8 p.m. at Aug. 30 at Freedom Hall. Tickets go on sale July 24. Franklin tickets can be refunded at the point of purchase. 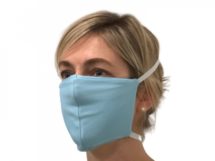 A Community Woven Together is Stronger