The annual Best Hospitals rankings, now in their 26th year, recognize hospitals that excel in treating the most challenging patients. High performing hospitals are in the top 10 percent of centers analyzed for the rankings. Nearly 5,000 hospitals were analyzed for this year’s rankings.

In addition to being ranked No. 1 in Kentucky, Baptist Health Lexington also was listed as a Nationally Ranked Hospital for ear, nose and throat care for adults and was Rated High Performing for chronic obstructive pulmonary disease (COPD), heart bypass surgery, heart failure and knee replacement.

“These national rankings underscore what our patients have experienced for years – the very best of care,” said Baptist Health CEO Steve Hanson. “Our physicians and staff areconstantly working on quality and safety initiatives, not just to keep our scores high, but because it’s the right thing to do for the people we serve. It is gratifying to see that commitment recognized.”

St. Elizabeth Edgewood was ranked No. 5 in the Cincinnati metro area and was Rated High Performing in diabetes and endocrinology, geriatrics and pulmonology.

Baptist Health Louisville was tied for No. 1 in the Louisville metro area and was Rated High Performing in gastroenterology and GI surgery, geriatrics and pulmonology.

Norton was tied for No. 1 in the Louisville metro and Rated High Performing in gastroenterology and GI surgery, nephrology, neurology and neurosurgery, orthopedics and pulmonology. 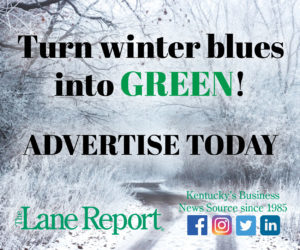