Home » Kentucky to expand corn and soybean exports to Taiwan

FRANKFORT Ky. (Sept. 22, 2015) — Gov. Steve Beshear announced today an agreement between the Republic of China (Taiwan) and Kentucky farmers to increase corn and soybean exports to Taiwan over the next two years.

“These agreements between Kentucky farmers and the Republic of China (Taiwan) will allow Kentucky to capitalize on one of our nation’s great trade partners,” Beshear said. “Kentucky exports already support more than 125,000 jobs statewide, and I am excited to have the opportunity to extend that success to our farmers with each of these trade organization commitments in Taiwan.”

Beshear traveled to Taiwan in April during his trade mission to Asia. He met with Taiwan president Ma Ying-jeou and other government dignitaries to further explore trade and investment opportunities.

During today’s event at the Governor’s Mansion, representatives from Kentucky and Taiwan in both the corn and soybean industries joined Beshear to officially sign Letters of Intent for future purchases of U.S. farm products.

The Taiwan Feed Industry Association has agreed to purchase 197 million bushels of corn at a cost of more than $1.2 billion. The Taiwan Vegetable Oil Manufacturers Association will be purchasing approximately 100 million bushels of soybeans valued at $1.1-$1.2 billion. These combined purchases over the next two years will be beneficial to corn and soybean growers in Kentucky and across the U.S.

Last year, the commonwealth exported $27.5 billion in products to more than 190 countries, the fourth consecutive year of record growth.

Since the Kentucky Export Initiative (KEI) was launched in 2010 to unite and streamline the efforts of Kentucky’s international trade partners Kentucky exports have grown by more than 42 percent. The national average is about 27 percent growth. Three years prior to KEI, Kentucky’s exports grew by just more than 1 percent.

In 2014, Taiwan ranked as the seventh largest market for U.S. corn exports and fifth in the U.S. soybean market. Following 18 procurement missions to the U.S. from 1978 to 1993, Taiwan has initiated nine additional Agricultural Trade Goodwill missions since 1998. 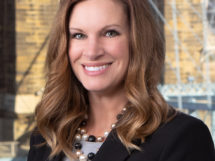 MetroNet getting new investment from Oak Hill Capital and KKR