FRANKFORT, Ky. (Jan. 18, 2016) — The Kentucky House on Friday passed legislation that would allow the courts to seal the felony records of up to 94,000 Kentuckians. The bill, which passed by a vote of 80-11, now goes before the Senate.

If passed into law, HB 40 would allow many Class D felons and those who were never formally accused or convicted of a Class D felony to have their records expunged, removing the records from public view. It would also prohibit the expunged files from being used in judicial or administrative proceedings involving hiring and other matters.

Convicted felons could ask the courts to expunge their records five years after completion of their sentence or probation; Those accused of a felony, but never indicted or convicted, could apply for expungement much sooner. Sex offenders, those who committed an offense against a child or vulnerable adult, those with a prior felony conviction, those who have recently been convicted of a misdemeanor or violation, or those against whom charges are pending would not be eligible for felony expungement under HB 40.

The bill was amended by the House to also exclude those convicted of felonies involving abuse of public office, human trafficking and child pornography.

Owens said the bill would mostly affect low-level felony offenders convicted of felony drug possession, forgery, wanton endangerment, theft, and evidence tampering. But some lawmakers questioned the safety of the proposal. One of those was Rep. Robert Benvenuti (R-Lexington) who said felonies that could be expunged under HB 40 include fourth-degree domestic violence, third-degree arson, reckless homicide, third-degree assault and more.

“These are not low-level misdemeanors,” said Benvenuti, who voted against the bill on the floor. “You can expunge somebody’s records but you can’t expunge facts—you can’t expunge behavior. That’s the reality.”

Kentucky law currently allows for expungement of misdemeanors. Those are lesser crimes than felonies which include offenses like shoplifting, bad check writing, and driving on a suspended license.

Floyd said the courts have discretion over whose records will be expunged and whose will not, and that would be the case under HB 40.

“Those violations that you have mentioned, that person in that local community will be known. If he or she evaded a police officer (the community will) know they have not changed their ways and they don’t recommend to the judge that that expungement be carried out,” said Floyd. 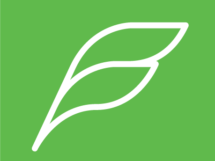 Op-Ed: New multi-million-dollar water main proves we are stronger together