LOUISVILLE, Ky. (April 28, 2016) –Louisville will certainly be in the national spotlight with the annual running of The Kentucky Derby next week, but The New York Times tells readers that the city’s recent “development tear warrants attention beyond race season.”

Journalist Elaine Glusac offers a “36 Hours in Louisville” itinerary that features the newly renovated Speed Art Museum, Whiskey Row and NuLu hot spots, and adds that “it’s Louisville’s culinary, creative and cultural communities, not to mention a hospitality streak as wide as the city, that make it compelling the other 364 days of the year.”

Glusac is not a stranger to the city. She last covered Louisville when the Old-Fashioned was proclaimed the city’s official cocktail last summer and wrote a feature story after a visit to the Distilled Spirits Epicenter and the Urban Bourbon Trail in 2013.

To read the entire article, go to: lou.ly/3b0 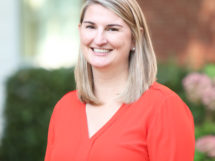