Home » Traffic patterns to switch next week on Mountain Parkway

SALYERSVILLE, Ky. (June 14, 2017) — Traffic patterns on the Mountain Parkway west of Salyersville will switch next week as crews prepare for additional road construction. Two new ramps on the parkway also are scheduled to open. 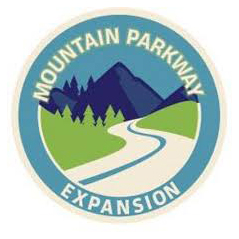 Travelers should be cautious and prepare for several lane switches next week near the KY 7 interchange (Exit 75) of the Mountain Parkway. Speed limits have been reduced in the area, and signs will be posted to alert travelers of the changes.

The traffic switch will allow workers to construct the future westbound lanes of the parkway and remove and replace an old bridge that crosses KY 7.

As a result of the traffic switch, eastbound travelers on the parkway will have renewed access to the KY 7 interchange. Eastbound ramps at the interchange closed earlier this month.

Newly constructed ramps will open this week, allowing vehicles traveling eastbound on the parkway to exit at the KY 7 interchange. Vehicles on KY 7 will be able to access the parkway to travel east.