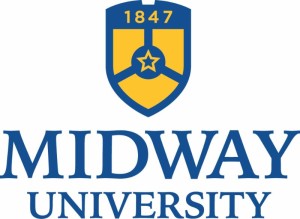 MIDWAY, Ky. (Nov. 14, 2017) – Today, Midway University announced the public phase of its short-term capital campaign – officially called the Campaign of Opportunities. This campaign focuses on generating capital funds to support the institution’s rapid enrollment growth in the traditional student population following coeducation in 2016.  With a working goal of $5 million, the campaign is now within $1.2 million of reaching its target. All of the funds raised will be used for improvements to campus facilities.

“The excitement around campus and from our supporters is great. The strong commitments we have received for this project during its quiet phase have been tremendous,” said Dr. John P. Marsden, President, Midway University. “We hope to begin pre-construction work on a student center expansion in spring 2018, so it is critical for us to meet our financial goals quickly.”

The projects include a student center expansion with an auxiliary gym, additional locker rooms, a new fitness/training room, and office space;  an on-campus baseball park with a turf field, press box, batting cage, lights and seating; and upgrades to existing residence halls.

“The student center expansion and new auxiliary gym will benefit our entire student body, not just athletes, as it will provide space for intramural programming and improved fitness facilities and strengthen campus vibrancy and community,” added Marsden.

Additional campaign details and artist renderings of the projects can be viewed at www.midway.edu/capitalcampaign.

Inspired by a lead gift from Trustee Jan Hunter, the Campaign of Opportunities is directly correlated to the University’s recent enrollment growth, which is a result of the institution’s decision to go fully co-educational in 2016 and its expansion of athletic offerings for students. The last two years have seen record enrollments in Midway’s traditional undergraduate student population. Athletics has grown from 8 sports and 92 student-athletes in spring 2016 to 340 student-athletes participating in 17 sports this fall. By the 2018-19 academic year, Midway Athletics will offer opportunities in 20 sports and expand to over 400 student-athletes.

Additional details on Midway Athletics can be found at www.gomidwayeagles.com.