The award is presented to EEI investor-owned member companies to recognize an outstanding response in assisting other electric companies in power restoration efforts after service has been disrupted by severe weather conditions or other natural events. The winners were chosen by a panel of judges following an international nomination process, and the awards were presented during EEI’s Winter Board and CEO Meeting this week in Scottsdale, Arizona.

“Kentucky Power employees are often the first to volunteer to help others in need during a crisis like a hurricane,” said Kentucky Power President Matt Satterwhite. “Not only are they compassionate, but also they have skills that are highly sought after in emergencies. They work in some of the toughest terrain and are experts in making repairs in remote areas where extensive pole climbing is a must. That skill is one reason why Kentucky Power employees are rising to the occasion again and volunteering to help restore service to our brothers and sisters in Puerto Rico, where many have been without power since September.”

Kentucky Power, based in Ashland, serves about 168,000 customers in 20 eastern Kentucky counties and is an operating company of the AEP system. AEP, based in Columbus, Ohio, serves nearly 5.4 million regulated customers in 11 states. EEI is the association that represents all U.S. investor-owned electric companies. Members provide electricity for 220 million Americans, and operate in all 50 states and the District of Columbia. As a whole, the electric power industry supports more than 7 million jobs in communities across the United States. 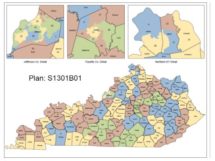