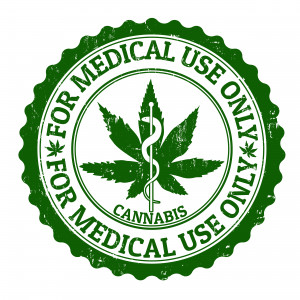 LOUISVILLE, Ky. (Feb. 5, 2018) – Ten Louisville Metro Councilmembers have signed on as co-sponsors of a resolution urging the Kentucky General Assembly to enact legislation that would legalize medical cannabis in the Commonwealth of Kentucky, primary sponsor Bill Hollander (D-9) reported today.

“Medical cannabis can help many of our constituents,” Hollander said. “I am pleased that so many of my colleagues agree that we should ask the Kentucky General Assembly to take action to help them.”

Many medical professionals believe that medical cannabis is an effective treatment for chronic pain and post-traumatic stress disorder suffered by military veterans, and it is legally used to ease pain in the majority of states in the nation.  Many residents in those states are replacing other drugs, including highly addictive narcotic pain relievers, because they and their physicians have found cannabis to be the most effective drug to provide relief.

Councilwoman Vicki Aubrey Welch (D-13), one of the ten co-sponsors, says she is wholeheartedly in favor of legalizing medical marijuana.

“I have done some research on the use of medical marijuana and found it to be very effective with little or no side effects. I personally know of an elderly person with head and neck cancer that required surgery, radiation and use of morphine post-operatively at home which made her drowsy with loss of appetite,” said Welch. “After using medical marijuana in place of the morphine, she was alert and back to eating normally.”

The resolution urges the Kentucky General Assembly to pass House Bill 166 or any other legislation that would legalize medical cannabis in Kentucky and provide for the care, comfort and relief of any Kentuckian who may benefit. Another bill legalizing medical marijuana, SB 118, was filed in the Kentucky Senate last week.

The General Assembly’s 2018 session is more than one-third complete, with all action other than concurrences and potential veto overrides currently scheduled to conclude on March 22.