AURORA, Colo. (July 30, 2012) — The man accused of gunning down an Aurora, Colo., movie theater audience, killing 12 people and injuring 58 others, is scheduled for a court appearance today before an Arapahoe County judge.

James E. Holmes likely will dodge cameras, according to media reports out of Denver. No cameras will be allowed in the courtroom.

Fox 31 of Denver is reporting that the suspect will get to the courthouse through an underground tunnel from the jail, likely wearing a bulletproof vest along with handcuffs and shackles.

On Friday, Holmes’ attorneys filed a motion that a notebook the suspect sent to his University of Colorado psychiatrist contained information that should be shielded from public view. The notebook is said to contain premeditated, intimate details about the Aurora theater attack.

The issue may be addressed in today’s court hearing, multiple media outlets report. 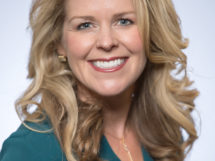