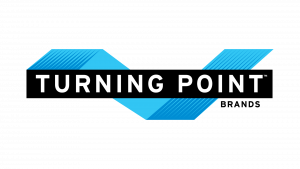 Lavan has an extensive background with both publicly traded and private-equity backed companies and brings to Turning Point experience in developing eCommerce platforms, expanding distribution networks, IT infrastructure and execution of mergers and acquisitions.

In 2017, Lavan served as chief financial officer of General Wireless Operations, Inc., where he was responsible for revamping the company’s financial reporting systems and building a robust distribution platform that linked multiple eCommerce sites and Amazon. Before that, Lavan worked at Standard General LP, The Blackstone Group, SAC Capital and J. Goldman & Co. LP in various analyst and portfolio manager roles covering a wide range of industries, including tobacco, packaging and eCommerce. Standard General LP is the majority shareholder of Standard Diversified Opportunities Inc., Turning Point’s majority shareholder. Lavan has a B.S. in Engineering from the University of Pennsylvania.

“We are thrilled to welcome Bobby (Lavan) to our leadership team as we enter our next stage of growth,” Turning Point’s President and CEO Larry Wexler said. “We certainly expect that Bobby’s depth of experience with acquisitions, transaction finance, accounting and negotiations will prove to be an invaluable asset as we continue to scale and expand our operations.”

Lavan will succeed the company’s previous CFO, Mark A. Stegeman, who has resigned from his positions as senior vice president and CFO, effective immediately.

“On behalf of the entire Turning Point Brands team, we’d like to thank Mark (Stegeman) for his hard work and dedication during his tenure with the company, including his significant contributions in guiding us through our IPO,” Wexler said. “Mark also led our team in the simplification of our credit arrangements, reducing our interest expense and providing greater flexibility in the execution of our growth and acquisition strategies. We wish him success in his future endeavors.”

Wigginton joined Turning Point in Nov. 2016 as vice president and chief accountant. Wigginton joined TPB from GE Appliances, where he first served as technical controller and later as assistant controller, serving as an accounting resource for the appliance and lighting businesses with annual revenues exceeding $8.9 billion. Before GE Appliances, Wigginton was a senior manager at Ernst & Young LLP, where he spent over 9 years in a variety of senior accounting roles. Wigginton holds a B.S. in accounting and a B.A. in management from the University of Kentucky and is a certified public accountant.

Beard joined Turning Point in Oct. 2016 as vice president and controller. Beard has more than 20 years of experience in financial and accounting operations and has served in a variety of roles for both public and private companies. Earlier in his career, Mr. Beard served as an audit manager for Ernst & Young LLP. Beard is a Certified Public Accountant and earned a B.S. in accounting from the University of Kentucky.

Wexler commented, “Brian (Wigginton)’s keen financial acumen makes him the ideal chief accounting officer. Brad has worked feverishly integrating and driving reporting standards for the three important acquisitions we have done over the past year.”