BOWLING GREEN, Ky. (Aug. 22, 2012) — The Kentucky Commission on Human Rights (KCHR) Board of Commissioners condemned the alleged discrimination against a lesbian couple at a Richmond park and ruled on a conciliation agreement at its meeting Friday in Bowling Green.

Commissioners agreed to issue a statement to the Richmond City mayor and the Richmond Human Rights Commission regarding an alleged incident of discrimination at the E. C. Million Park in Richmond, Ky.

RELATED: Lesbian couple says they were kicked out of Richmond park

Over the July Fourth weekend, Cheri Chenault and Destiny Keith were having professional photographs taken. When posing with a kiss for a photo, the park gatekeeper made derogatory remarks about the couple’s sexual orientation and ousted the couple and the photographer from the park, according to news reports.

The commission statement says: “This incident, as alleged, serves as a sad reminder to us all of the need to protect all persons from the individual and societal harms of insidious acts of discrimination, including discrimination based on sexual orientation and gender identity.”

Following the governor’s executive order in 2008 that, “It shall be the policy of the Commonwealth of Kentucky to provide equal employment opportunity to all people in all aspects of employer-employee relations without discrimination because of race, color, religion, sex, national origin, sexual orientation or gender identity, ancestry, age, disability or veteran status,” the commission the same year then ruled to urge the Kentucky to add sexual orientation and gender identity as protected classes in the Kentucky Civil Rights Act, KRS Chapter 344, in order to protect more people from discrimination within Kentucky borders.

The commission statement continues, “ … in the interest of common decency and fundamental justice, the KCHR joins with the people of Richmond in condemning, in the strongest possible terms, the brutal assault on the personal dignity of each of the victims in the E. C. Million Park incident. We encourage the citizens of Richmond to continue the vital struggle to ensure simple fairness, justice and equality for all of their citizens.”

Since the commission’s June 21 meeting, the executive director of the commission has issued three determinations of probable cause to believe discrimination occurred, in the matters of Shawna Jones v. Rob Feldman,  KCHR No. 1626-H; Jerry W. Roberts v. Pike County Board of Education, KCHR No. 7237-E; and Jennifer Vermillion v. Process Equipment Co., KCHR No. 7245-E. Six additional complaints have been forwarded to the commission’s legal unit from the investigative unit for processing of probable cause determinations.

The commission ruled to accept one conciliation, accept eight case withdrawals giving complainants the right to file a private suit, accept five case withdrawals with private settlements, and dismiss 66 complaints with findings of no probable cause to evidence that discrimination had occurred. Since the beginning of the fiscal year, which began on July 1, the agency has received seven cases for mediation. The agency successfully mediated two cases for a total settlement amount of $7,500 and a non-monetary settlement-rehire.

Mediation is an option offered to any interested complainant in order to seek a quick resolution to a discrimination complaint. The commission provides a neutral mediation attorney to assist the complainant and respondent in face-to-face negotiations to resolve a complaint.

The conciliation agreement approved by the commissioners was case against the Knox County Board of Education in Barbourville, Ky. Cathy Rhoden alleged Knox County Board of Education discriminated against her based on the protected class of disability in the area of employment, a violation of the Kentucky Civil Rights Act and the Americans with Disabilities Act (ADA). She said she was harassed, denied a promotion and denied reasonable accommodations by the board.

Based on its investigation, the commission issued notice to the parties that probable cause existed to believe discrimination had occurred. Before the commission conducted a final hearing in the case, the parties chose to resolve the matter with a conciliation agreement.  The Knox County Board of Education agreed to compensate Rhoden in the amount of $52,000 for resolution of the complaint and all other claims. The board also agreed to provide training on employment discrimination to its superintendent, school principals, and ADA/Section 504 Coordinator and to submit to compliance monitoring for one year by the commission.

“Along with a number of our staff members who worked diligently on this case, I commend Ms. Alysia Robben for working tirelessly to resolve this matter in a manner mutually beneficial to both parties,” said Executive Director John J. Johnson about the staff attorney who worked on the case.

For help with discrimination or to ask for free literature about civil rights, contact the Kentucky Commission on Human Rights at 1-800-292-5566 or visit its website. 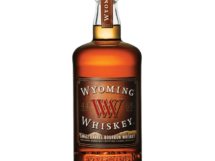 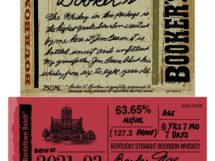