“I am proud to announce Tom, Diane, Barry, Brady and Arnie as our Outstanding Alumni Award winners of 2019,” said Mike McKeown, president of the NKU Alumni Association. “This year’s theme is ‘Come Together,’ and it’s the perfect time to gather and celebrate our alumni award recipients’ accomplishments. They have all made their mark on NKU and our region. I look forward to seeing you at the event.” 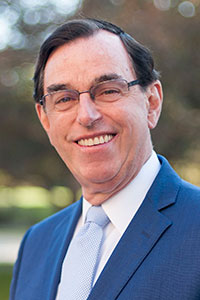 Thomas J. Munninghoff, CPA, Esq. (Chase ’76) is the 2019 recipient of the Outstanding Alumnus Award for enhancing the image of NKU and serving as an ambassador throughout his career. Munninghoff is the president of Munninghoff, Lange & Company (a Covington-based CPA firm), leading the firm’s tax, consulting and insurance groups. President since the firm’s formation in 1983, Munninghoff is a member of the AICPA and KSCPA, as well as the Kentucky, Ohio and Florida bar associations. He has been instrumental in many mergers and acquisitions and has served on various charitable, insurance and bank boards over his career. He serves as member of the Go Norse Fund Athletics Advisory Board and regularly supports NKU Athletics as an avid fan of the Norse.  He currently serves on the NKU Campaign Leadership Committee and is also a regular guest speaker and lecturer at the Chase College of Law. 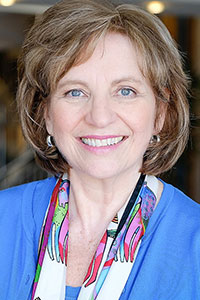 Diane H. Sticklen-Jordan (’72 and ’74) is one of two 2019 recipients of the Distinguished Service Award for her exceptional leadership and service to NKU. Sticklen-Jordan is currently the principal, co-owner, consultant and coach for HRC Consulting Services. She is passionate about making a difference in the lives of individuals and organizations. She served on the NKU Alumni Board of Directors from 1999-2007 and was president from 2004-05. She also served on the NKU Foundation Board from 2004-17, the NKU Strategic Planning Committee in 2013 and is currently co-chairing the Alumni Board Governance Committee. She received the “Woman of Influence” Award in 2014 by Lead Cincinnati. 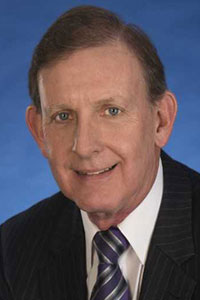 Barry G. Kienzle (’73) is also the 2019 recipient of the Distinguished Service award for his exceptional leadership and service to NKU. Barry is semi-retired from Paul Hemmer Company, where he served as the chief financial officer. He has served on the NKU Foundation Board since 2001 and was president from 2015- 2018. Kienzle was a member of the 2018 Presidential Transition Committee and currently serves on the Campaign Leadership Committee. His commitment to the region mirrors his dedication to NKU, serving as president of the Construction Financial Management Association, treasurer for Cincinnati Habitat for Humanity and a former board member and president for Summit Hills Country Club. Kienzle was recognized by the Cincinnati Business Courier as a finalist for the CFO of the Year in 2007 and 2008. He was the recipient of the Outstanding Alumnus Award in 2008 and Business Leader of the Year award in 2018 both given by Haile/US Bank College of Business. 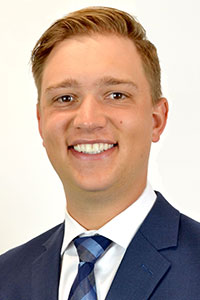 Brady Jolly (’14) is the 2019 recipient of the Outstanding Young Alumnus Award for his work to enhance NKU’s image through his professional accomplishments. Jolly is currently the president and CEO of Jolly Enterprises, made up of five companies: Jolly Plumbing, Jolly Real Estate Ventures, Jolly Cleaning and Restoration, Jolly Property Maintenance and Jolly Event Center. Under his leadership, Jolly Enterprises won the 2017 Business Impact Award, and Jolly Plumbing was voted Northern Kentucky’s best plumbing company by NKY Magazine. He serves on the board of directors for the Northern Kentucky Chamber of Commerce and is a member of the inaugural Roebling Society through the Metropolitan Club. He is also a devoted fan of the Norse having played basketball for NKU during his time as a student. 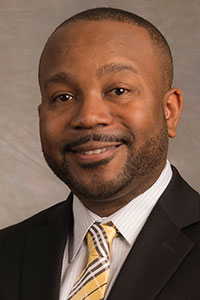 Arnie D. Slaughter is the 2019 recipient of the Faculty/Staff Strongest Influence Award for his work to enrich and enhance student lives at NKU. Arnie started working at NKU in 2003 for the Office of University Housing and currently works as the assistant vice president for Student Engagement and dean of Students. He was the staff representative on the NKU Board of Regents from 2015-18 and has served on many university committees including Black Faculty and Staff Association, Fuel the Flame Strategic Planning Committee, Campus Diversity Plan Taskforce, Student Rights and Responsibilities Task Force and African American Male Retention Committee. Slaughter is a role model for students at NKU. He expects to graduate from NKU in 2021 with a doctor of education in educational leadership and administration.

Tickets to the Annual Alumni Awards Celebration include a cocktail reception, dinner, after-party, alumni gift, valet parking and a ticket voucher for the men’s homecoming basketball game on Saturday, Feb. 9, 2019. The event will take place at 6 p.m. on Friday, Feb. 8, 2019, at NKU’s Campus Recreation Center. To purchase tickets, visit the Alumni Awards website.