By Bob and Julie Babbage

The faces of Frankfort are ever-changing, and in the 2019 General Assembly, every third member of the House is new. Across leadership posts there are numerous new faces. Lining up for the seminal election for state office are familiar faces seeking new positions.

The political lines are laced with pension aftershock.

Some two years ago, Gov. Matt Bevin led various business and political leaders on the call for pension reform, given the enormous accumulated obligation that is owed to employees but not funded.

After the landmark pension vote on SB151 during the 2018 session went down 7-0 on a Supreme Court ruling (based on the way the bill was passed), the legislature went back to work under heavy circumstances. The December special session lasted right at 24 hours with no outcome achieved.

Lines are drawn on this for the foreseeable future amid battle fatigue, lingering high emotions and continuing high stakes.

With over two decades in the chamber, Senate President Robert Stivers, R-Manchester, will shape the course of action starting Jan. 8. His GOP supermajority grew following the election.

Similarly, the House Republicans hold a 60-39 seat edge, and have chosen Rep. David Osborne, R-Prospect, to move from acting speaker to the real job.

Some 13 women join the legislature, a record number. For the first time ever, three women are in leadership simultaneously.

When the Senate gavels in it will be Sen. Damon Thayer, R-Georgetown, managing the floor. Rep. John “Bam” Carney, R-Campbellsville, will move into the floor leader role in the House, having served as education chair in recent years.

Now backing up Stivers is Sen. David Givens, R-Greensburg, as president pro tem. The speaker pro tem is Rep. David Meade, R-Stanford, another move up for the young lawmaker.

Senate Democrats have a new leader in Sen. Morgan McGarvey, D-Louisville. The caucus stands at 10, pending the special election to replace outgoing Sen. Ray Jones, who will be judge/executive of Pike County.

Well-known figures are in the race for governor, with Bevin seeking a second term. Attorney General Andy Beshear, D-Louisville, is out on the hustings, while the minority leader of the House, veteran Rep. Rocky Adkins, D-Sandy Hook, is also actively campaigning.

The consensus is that Adam Edelen, D-Lexington, will join the race in mid-January. His running mate is set to be Gil Holland, a Louisville urban neighborhood developer. Secretary of State Allison Grimes is termed out, but her plans have not been announced.

Financial plans are always under scrutiny and revision, with tax reform a permanent issue. Speaker Osborne is already proposing the elimination of the 6 percent sales tax on charitable events, stemming from a state court case; the tax just started last July.

In a short session it takes a supermajority to pass a fiscal measure. Budget bills must originate in the House, where Rep. Steven Rudy, R-Paducah, studies the numbers and needs.

Heading the pension oversight board, a key panel tracking all aspects of pension funds, is Rep. Jim DuPlessis, R-Elizabethtown.

Health care drives the budget upward. Both health committees have new chairs, each coming from a professional health background, and each with detailed knowledge of Medicaid, the expanded and complex federal program.

Leading the Senate judiciary committee is Sen. Whitney Westerfield, R-Hopkinsville. Issues like sports betting come before this subset. Additionally, Westerfield is the lone candidate for attorney general at the moment, an open seat.

His neighbor the next county over, Rep. Jason Petrie, R-Elkton, is the new House chair for judiciary.

The governor is one of many to call for modernization of how the state funds roads and transportation. It’s based now on gasoline consumption. Fuel efficiency coupled with trends such as cycling to work and increased use of electric cars have changed the model. Needs grow while funding stagnates.

Sen. Ernie Harris, R-Prospect, is the long-time chair of Senate transportation and
a voice for changing the gas tax. The House chair is Ken Upchurch, R-Monticello. Rep. Sal Santoro, R-Boone County, figures in as the budget committee lead for transportation.

With many bankers and insurance agents in the state, the banking and insurance committee gets stacked up with issues, key decisions like what benefits are covered. Rep. Bart Rowland, R-Tompkinsville, chairs the House side. The Senate chair is Sen. Jared Carpenter, R-Berea.

The field of candidates for constitutional statewide office races looks sparse at the moment. Westerfield joins Allison Ball, the state treasurer, and Mike Harmon, the state auditor, in the envied position of being unopposed – for now. Insiders expect these races to draw competition.

Agriculture Commissioner Ryan Quarles is seeking a second term. Secretary of state has several GOP contenders, but no Democrat.

For those pondering a run, the deadline is Jan. 29. Tradition dictates the closing of the main door by the secretary of state at exactly 4 o’clock. This then opens the campaign season in full force against an intense short session that ends March 29. The primary election is May 21.

On the heels of a challenging special session; a short session with lingering difficult decisions; plus governor and statewide races looming in November; 2019 is shaping up to be a significant year for Kentucky.

Bob Babbage and Julie Babbage are with the Babbage Cofounder government relations firm. 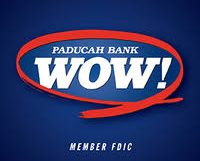 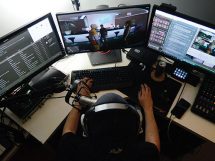