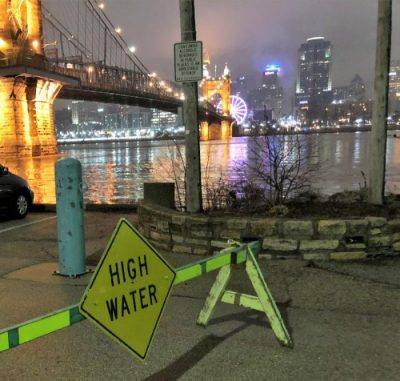 COVINGTON, Ky. — Traffic at the foot of Madison Avenue in Covington has been cut to one lane Monday as crews from the Public Works Department installed the gate in the floodwall holding back the rising Ohio River.

Public Works Director Rick Davis said a large crane arrived to help crews begin the 10-hour process of installing the gate at the Madison Overlook. Cars will still be able to get in and out of the garbage at the base of the Embassy Suites by Hilton at RiverCenter, he said, but “it’ll be tricky.”

The Ohio River was at 51 feet as of Sunday night, just one foot below official flood stage for the Cincinnati pool.

At last projection, the river is expected to crest at 56.5 feet overnight Tuesday, just above the point that triggers the gate’s installation, he said. But the river had risen over 20 feet in less than a week and — buoyed by the weekend’s rain — continued all weekend to exceed projections by a large margin.

More information about the city’s preparations will be released Monday, said Davis, who was at the Public Works garage Sunday night drawing up plans. 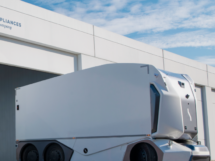 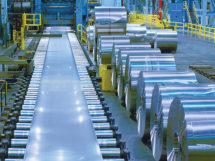