On May 1, 1969, the Louisville Zoo opened its doors with 250 animals on site and a crowd of 15,000 waiting to stream in its gates. Fifty years later, more than 28 million people have visited the zoo, enjoying its 1,100 animals and 134 acres studded with award-winning animal habitat exhibits and lush botanical gardens. Since its opening, the Louisville Zoo has served as the official state zoo and one of Kentucky’s top attractions, bringing in crowds that average around 800,000 people a year.

“The zoo has become a go-to attraction for many people statewide, and it’s exciting to look at where we first started and how far we’ve come,” said John Walczak, Louisville Zoo director.

With so much success to celebrate, officials at the Louisville Zoo plan to celebrate the zoo’s 50th birthday all summer. The celebrations began May 18 at the zoo’s 50Fest, where attendees took part in special games, enjoy a new community mural and meet the zoo’s new animal mascots – a rhino and giraffe. Additional pop-up anniversary celebrations are scheduled during the summer throughout Jefferson County.

Building for the future

Over the course of decades, the Louisville Zoo has committed itself to quality of life for the animals in its care, as well as educating the next generation about the importance of protecting the world’s wildlife, and the habitats that support them. The zoo includes several exhibits recognized for their excellence and innovation by the Association of Zoos and Aquariums (AZA), including The Islands, Gorilla Forest and Glacier Run.

As the Louisville Zoo continues to grow, so do the exhibits. This past March, the zoo unveiled two new exhibits: Colobus Crossing and Snow Leopard Pass. Colobus Crossing features Colobus and Schmidt’s red-tailed monkeys, while Snow Leopard Pass was designed to represent a small Himalayan village in Nepal. The zoo’s family increased with its newest addition, Meru, a 1 1/2-year-old snow leopard transferred from the Los Angeles Zoo.

Both Colobus Crossing and Snow Leopard Pass feature overhead passageways that intersect with guest walkways, so the animals can walk overhead.

“We are dedicated to providing environments at the zoo that will enrich the quality of our animal ambassadors’ lives,” Walczak said. “Our mission is to better the bond between people and our planet, and to do that, we regularly offer conservation education for our visitors, so that they can understand the challenges animals face in the remnant wild. Our goal is to teach all the ways we can live in better balance with nature.”

A big part of the zoo’s conservation effort centers on the health and wellness of its animals. And that’s a communitywide effort. In addition to its own staff veterinarians, the zoo regularly pulls in human medical experts to work with the animals, including acupuncturists, cardiologists, surgeons, ultrasound technicians, OB/GYNs and dentists, among others.

“It takes teamwork with local human health-care professionals to ensure the animals get the very best expert care,” said Dr. Zoli Gyimesi, senior veterinarian at the Louisville Zoo. “People are amazed to hear of this partnership, and that their own personal dentist or doctor may also be the person working on one of our animals. It’s a unique partnership that we are very proud of.”

It also hosts 40 special event days each year including the Party for the Planet, a month-long celebration of the earth in April; the Throo the Zoo 5K Run/Walk; and the annual World’s Largest Halloween Party.

Walczak, for his part, said the zoo is poised to continue its success.

“If the zoo has been successful over the years, it’s because our visitors have been loyal to us, and turned us into an attraction they come to again and again,” he said. “We’re looking forward to serving them for another 50 years.” 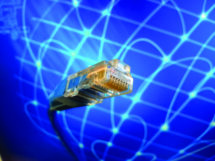 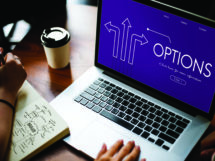 Insurance and Investment: Understanding Your Options for College Funding