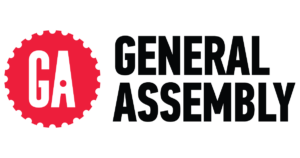 Interapt, which currently specializes in IT services and software development training, will work with GA to expand its curriculum and registered apprenticeships to encompass today’s most in-demand practice areas.

Led by GA’s renowned instructors, the first cohort will kick-off in September with over 20 students who will gain access to GA’s career development services, Fortune 500 hiring partners, and vast alumni network.

According to a recent study by the U.S. Chamber of Commerce, unlocking digital capabilities for small businesses across the country could add more than $47 billion to the U.S. GDP per year. However, nearly 40% of businesses say that they can’t find hireable talent in their area with the necessary digital skills to do so. GA will work with Interapt to address this challenge, increasing the talent pipeline of candidates trained in digital skills in these regions – starting with its programs in Kentucky and Georgia before expanding in the U.S.

“It has been Interapt’s vision to bring world-class training and world-class technology jobs to my home state of Kentucky; and expand to people across America that have the talent, but just need an opportunity. GA has built an incredible reputation for itself in the workforce development field, developing workers across the globe with the 21st-century skills they need to succeed and then connecting companies to growing new tech talent,” said Ankur Gopal, CEO of Interapt. “Secondary cities and communities such as the ones we target are still the most overlooked when it comes to tech training and education, leaving a surplus of untapped talent.  We’re thrilled to partner with GA to expand our training model and play a bigger role in fostering a more diverse and inclusive technology ecosystem throughout America.”

Interapt’s current training program has been called “a national model for creating next-generation opportunity,” with graduates going on to work for and alongside companies like Humana, Kindred, EY, Elavon, Accenture, GE, Chase, and NetSmart. Interapt helped developed one of the first IT Registered Apprenticeship models with the U.S. Department of Labor and has partnered with local universities, such as the University of Louisville, to provide additional stackable credentials for students who are interested in filling today’s IT skills gap.

“There are over 700,000 open tech jobs in the U.S, but many of them are left unfilled because workers are unable to receive the kind of tech training or career services that are required to be successful in today’s digitally-driven workforce,” said Jake Schwartz, CEO and co-founder of General Assembly. “Interapt has done a fantastic job at addressing this, creating an innovative model for training that has worked far beyond Silicon Valley, first in Louisville and now throughout the state. We have a similar goal at GA to empower and equip all individuals, regardless of their backgrounds, with the tech skills they need to succeed in our rapidly changing economy and we are excited to work with Interapt to achieve this goal.”