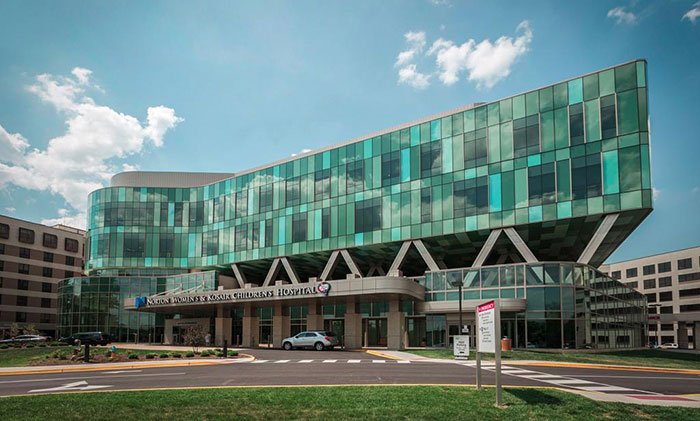 It was a busy July at Norton Women’s & Children’s Hospital. The hospital’s Labor & Delivery unit has delivered 537 babies, the highest of any month on record.

LOUISVILLE, Ky. — It was a busy July at Norton Women’s & Children’s Hospital. The hospital’s Labor & Delivery unit has delivered 537 babies, the highest of any month on record.

The highest previous number of deliveries had been 534 in September 2015.
Norton Hospital also has seen an uptick for the year, delivering the highest number of babies in a single month of 2019.

“August and September are usually higher months for childbirth, so this is an early increase,” said Gigi Girard, M.D., obstetrician/gynecologist, Associates in Obstetrics and Gynecology, a part of Norton Women’s Care, and executive medical director of Women’s Services, Norton Medical Group. “In fact, we expect the next few months at both hospitals to be busy as well.”

More babies are born at Norton Women’s & Children’s Hospital than any other hospital in Kentucky. In 2018, the team delivered 5,374 babies.

Norton Women’s & Children’s Hospital is currently 204 deliveries ahead of 2018. This comes at a time when the National Center for Health Statistics has said that the birthrate in the United States fell in 2018 to its lowest level in 32 years.

“A high number of deliveries like this affects the entire hospital,” said Charlotte Ipsan, DNP, RNC, NNP-BC, chief administrative officer, Norton Women’s & Children’s Hospital. “Everyone has worked extremely hard to help bring all of these babies into the world while continuing to provide high quality and safe maternal care.”

Norton officials plan a thank you celebration with 537 pink and blue cupcakes to honor the team for its work at 9 a.m. Friday, Aug. 2, at the main lobby of Norton Women’s & Children’s Hospital, 4001 Dutchmans Lane in Louisville.

Editorial director of Lane Communications Group. Editor of The Lane Report. Executive editor for our family of publications and websites. Green is a Kentucky native -- born in Louisville and raised in Elizabethtown and Lebanon. He has a Journalism degree from UK, where he worked on The Kernel student newspaper. He worked for newspapers in Brentwood and Tazewell, Tenn.; Thibodaux, La.; Ocala and Lakeland, Fla.; and Houma, La. -- nearly 25 years of which was with New York Times Regional Newspaper Group. His news experience includes coverage of local government, courts, politics and business. Management and supervision experience includes the editorial page, lifestyles and the copy desk. Green returned to Kentucky to join The Lane Report and Lane Communications in 2007.