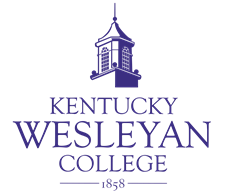 “Kentucky Wesleyan is proud to be recognized by U.S. News & World Report,” said Interim President Dr. Gene Tice. “This ranking is a tribute to the excellent work by the faculty and staff and should be celebrated by our entire Wesleyan family, including the Owensboro/Daviess County community.”

The U.S. News & World Report ranking rounds out a series of recent national and regional recognition for the College. Kentucky Wesleyan was recently recognized as “Best in the Southeast” for a 16th consecutive year by Princeton Review and ranked among the nation’s top Bachelor’s Colleges in Washington Monthly’s 2019 College Rankings. College Consensus has also recognized Wesleyan in several categories, including 2019 Best Colleges and Universities, Top 100 Best Small Colleges, Best Regional Colleges-South and Best Colleges and Universities in Kentucky.