LEXINGTON, Ky. —“A Concert for Kentucky”—a special performance hosted by Chris Stapleton and benefitting his newly created Outlaw State of Kind Hometown Fund—will be held at the University of Kentucky’s Kroger Field in Lexington, Ky. on April 25, 2020.

The performance is the first concert ever held at UK’s Kroger Field and will feature very special guests Willie Nelson & Family, Sheryl Crow and Yola.

All of the concert’s net proceeds will go toward Chris and Morgane Stapleton’s Outlaw State of Kind Hometown Fund. Established in partnership with the Blue Grass Community Foundation, the fund will specifically support local and national organizations directly impacting Kentucky, with initial grant distributions focusing on music and arts education.

Kentucky-born Chris Stapleton is a multiple Grammy, CMA and ACM Award-winner and one of the country’s most respected and beloved musicians. Following his quadruple-platinum breakthrough solo debut album Traveller, Stapleton released two No. 1 albums in 2017. Both From A Room: Volume 1 (certified platinum) and From A Room: Volume 2 (certified gold) take their name from legendary RCA Studio A, where they were recorded with Grammy Award-winning producer, Dave Cobb.

He is nominated in three categories at the 2019 CMA Awards: Entertainer of the Year, Male Vocalist of the Year and Single of the Year (“Millionaire”) and was recently announced as the first-ever ACM “Artist-Songwriter of the Decade” recipient by the Academy of Country Music. 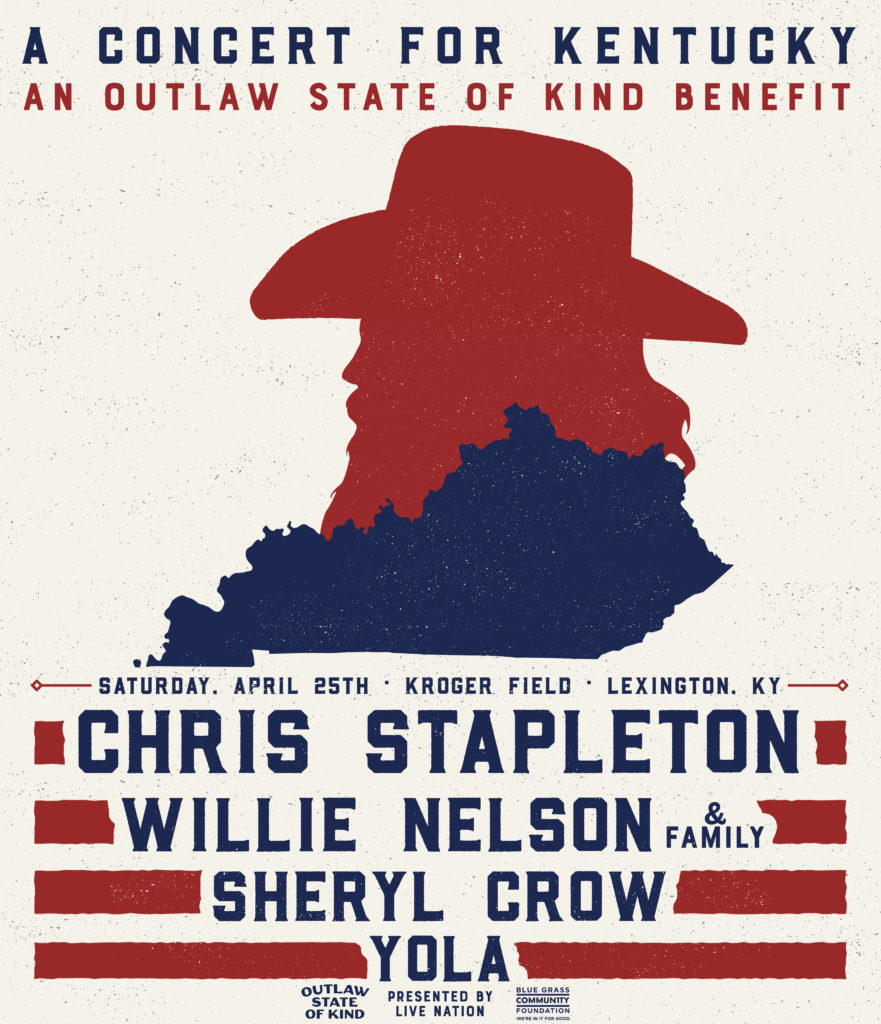