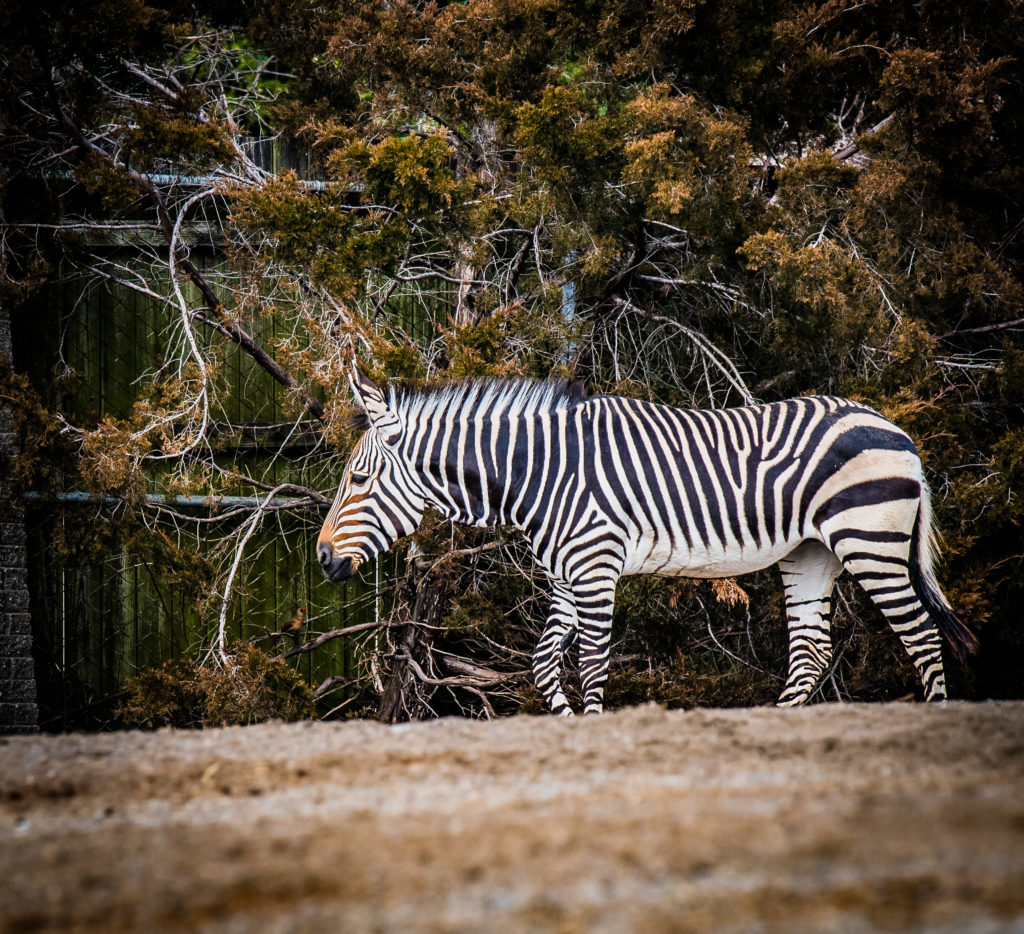 Athena comes to Louisville from the Virginia Zoo in Norfolk, Va.  She is the sister of the zoo’s female zebra Azizi.

Athena joins Azizi and Enid (both females) and male zebra Gibbs in regular rotation in the zebra exhibit near the African Outpost.

Hartmann’s mountain zebras are found in dry, stony mountains and semi-deserts of southwest Africa and western Angola. No two zebras have identical stripe patterns. This makes it easier for members of a herd to recognize each other but harder for their main predator, the lion, to single one out. The IUCN Red List of Threatened Species has them listed as vulnerable.