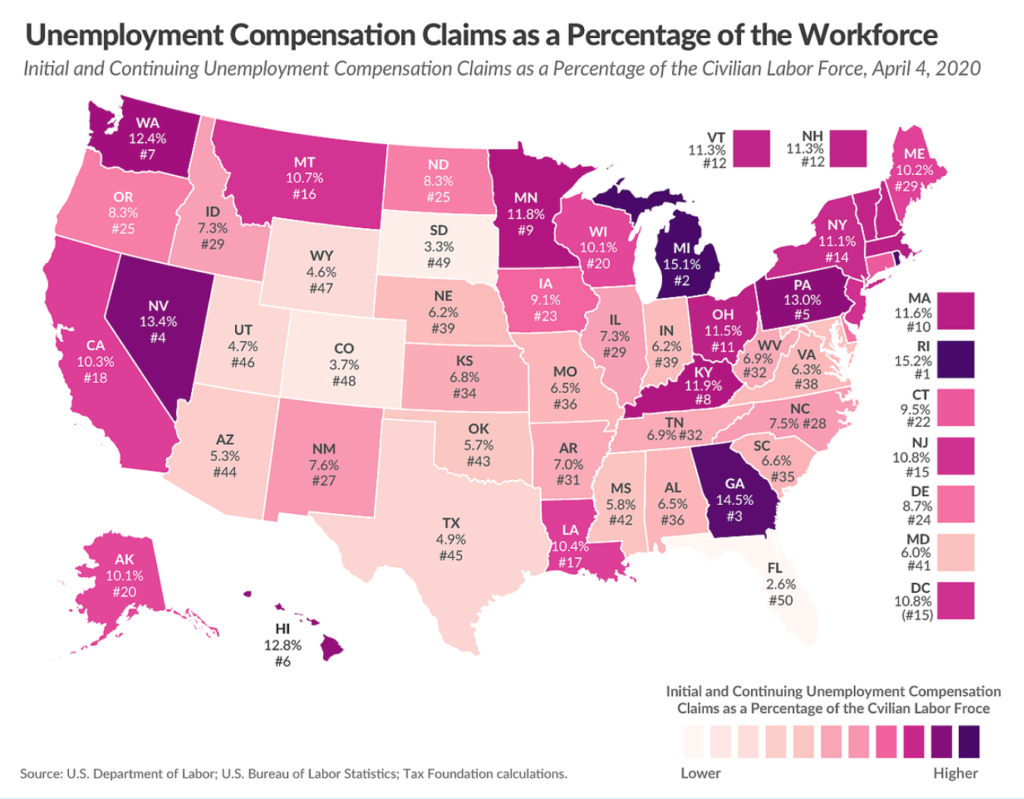 This weeks totals, which account for the week ending April 4th, saw a record number of Kentuckians filing for unemployment benefits for a third straight week, with 117,135 filing. That eclipses last week’s record of 113,149. For comparison, as noted by the graph below from The Tax Foundation, the highest number filing in a single week during The Great Recession was 25,057.

Even as other states have established task forces to develop strategies on getting their populations back to work, Kentucky Governor Andy Beshear has yet to do so or to indicate any timeline on when Kentucky’s economy might begin restarting. Such a task force can help the state quickly rebound after the coronavirus pandemic has ended.