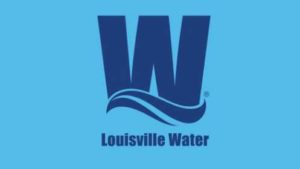 LOUISVILLE, Ky. — Louisville Water is closing in on finishing the biggest project to replace an old water main in the company’s nearly 160-year history. Called the “Eastern Parkway Project,” it includes replacing 6.4 miles of water main that stretches along Eastern Parkway and Lexington Road. Because most of the pipe sits underneath the roadway, Louisville Water has used a technology called “slip-lining” where crews push a new, smaller pipe inside the existing water main. This prevents digging up large sections of the roadway.

The final phase involves replacing a 48-inch diameter water main along Lexington Road and near Stilz Avenue that was installed in the early 1900s. Because of the location of the pipe, Lexington Road has been closed to through traffic between Stilz Avenue and Grinstead Drive since mid-February. Residents in this area still have access to reach their homes and the repairs do not impact water service for customers.

Louisville Water has pushed the last piece of new pipe, a 42-inch diameter steel pipe into the original 1930 cast-iron pipe. Now, crews are working inside the new pipe under Lexington Road to weld the pieces together and connect the water main to smaller ones in the area. Next, Louisville Water will repair the roadway and reopen Lexington Road to through traffic in early May. After the big construction phase, there will be some additional clean-up work that will require intermittent lane closures, but two-way traffic will always be in place. Crews will also spend May repairing any landscaping and other highway issues.

The company began the Eastern Parkway Project in 2016, nearly 100 years after the main was put in the ground. After three large breaks in 2011 and 2014, robotic pipe inspections indicated that more breaks would likely occur if the water main was not replaced. Working with the community and engineers, Louisville Water developed a solution that would install a new water main and preserve the character of Eastern Parkway corridor. Since 2016, the project has included 20 different traffic lane closures and detours. The project cost is $26 million and is funded through Louisville Water’s capital budget.

Louisville Water will slip-line a new, smaller pipe directly inside the original 1930-era pipe. Crews will dig “push-pull pits” along the route where a 42-inch steel pipe will go inside the existing 48-inch cast-iron pipe. Customers will have water throughout this project. 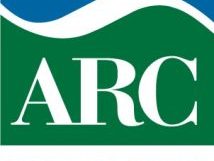