FRANKFORT, Ky. — On Friday, Gov. Andy Beshear discussed benchmarks that the commonwealth must meet in order to start reopening the state’s economy while keeping Kentuckians safe from the novel coronavirus 2019 (COVID-19). The steps reflect federal guidance announced Thursday by the White House.

“We believe our approach is very much in line with the White House. The plan put out by the White House has certain thresholds that states should meet before we start taking certain steps,” Gov. Beshear said. “The benchmarks are being driven by public health. We are all on the same page about what keeps people safe.”

The Governor acknowledged Kentuckians’ sacrifices and said we must all stay resilient as we work our way out of this.

“We have to make sure we do it smart, we do it safely,” he said. “That we don’t let our guard down, that we don’t start focusing on the next game until we win this game.”

Gov. Beshear said that the state’s seven benchmarks to be assessed will determine the phases for reopening parts of the economy.

Benchmark criteria for Kentucky to move to the first stage

Dr. Steven Stack, commissioner of the Department for Public Health said, “Normal going forward is not the same as normal going into this. When we start lifting restrictions, I want to be very clear, there will be more disease. More people will get infected. There is a counterbalancing need with people’s need to go on with life and people’s need to remain safe. We have recognized that all along.”

Once Kentucky meets certain first stage benchmarks, the White House provided guidance on what the first stage of reopening could like, which could include:

Guidance for the first stage of reopening

The Governor reminded Kentuckians how important it is to stay fluid and flexible based on the severity and number of cases in the state and the status of a vaccine and treatment options.

“We think that following these benchmarks, possibly before May we could see some loosening in the health care area,” Gov. Beshear said. “We could see the ability to open up in some small ways before May, during May and beyond, but this will be a phased approach based on our benchmarks and recommendations from many groups. We have to ensure any actions we take protect the sacrifices that so many Kentuckians have made.”

Friday morning, an offender from Green River Correctional Complex passed away in the hospital after battling COVID-19. The 49-year-old man was admitted to the hospital on April 8, and tested positive for COVID-19 the following day. His family has been notified.

The offender was serving a nine-year sentence out of Jefferson County for assault second and escape second and had approximately three years left to serve of his sentence. He was not eligible for the conditional commutations issued by Gov. Beshear.

The Kentucky Department of Corrections has approximately 12,000 incarcerated offenders in 13 prisons and 4,000 employees. Currently, 19 inmates and 15 staff have tested positive for COVID-19. Five have recovered. The agency also supervises about 50,000 offenders in the community through probation and parole.

The Kentucky DOC is working closely with the Kentucky Department for Public Health and is committed to following the proposed guidance from the CDC on Correctional and Detention Facilities.

Kentucky schools provided more than 4.65 million meals, including breakfasts, lunches and dinners, to students in March through feeding sites, according to the Kentucky Department of Education. On average, 230,000 children were served meals each day.

As of 5 p.m. April 17, Gov. Beshear said there were at least 2,522 coronavirus cases in Kentucky, 134 of which were newly confirmed. Gov. Beshear said the now 11-day-old baby, who had tested positive and announced yesterday, is now at home. He said he was very thankful for that news.

Gov. Beshear continued to encourage Kentuckians to light up their homes and businesses green for those we have lost as a sign of compassion and renewal.

At least 979 people have recovered from COVID-19 in Kentucky.

At least 514 have ever been in the ICU with at least 227 people currently in the ICU.

Gov. Beshear also offered an update on the racial breakdown of COVID-19 patients and victims, which unfortunately highlights existing disparities in health and health care access.

The Governor also said with about 69.99% of the known cases accounted for, 93.11% of people who tested positive were non-Hispanic and 6.89% were Hispanic.

On fatalities attributed to the coronavirus, with about 81.75% of the known cases accounted for, Kentucky deaths are about 77.68% Caucasian, 21.43% African-American and 0.89% Asian.

On fatalities attributed to the coronavirus, with about 81.75% of the known cases accounted for, Kentucky deaths are about 99.11% non-Hispanic and 0.89% Hispanic. 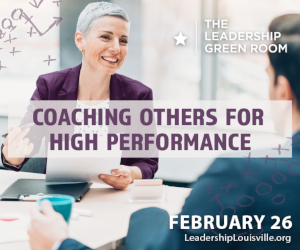