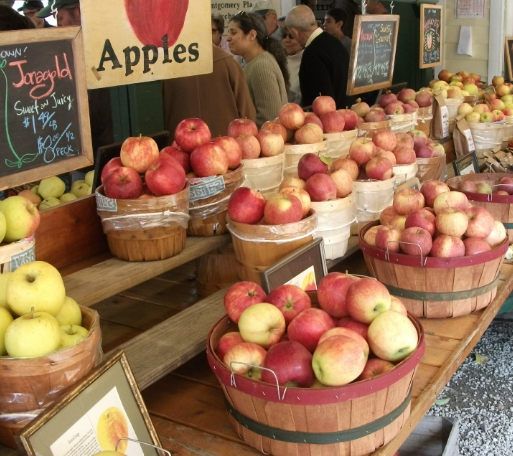 FRANKFORT, Ky. — A proposed rule in the Kentucky Department of Public Health would raise the permitting fees for small-scale food producers in the commonwealth. Some producers worry the increase could put them out of business.

The regulation would impact 536 food producers and would change the fee structure for food safety inspection from one based on the size of a facility to one based on risk. Inspection fees for low-risk products like coffee, cosmetics and grains would cost $750 each year; medium-risk producers, such as those making baked goods, jams and jellies, syrups and candy, would pay $1350 each year; and high-risk products including peanut-butter, pickles, salads, and sandwiches would set producers back $2,400 annually.

“We’re hardly breaking even, so for them to try to raise this (fee), it’s going to shut us down,” said Sheryl Long, who produces maple syrup and other value-added goods at Southdown Farm in Letcher County. The regulation would raise the yearly fee to inspect their sugar shack from $120 to $1,350, an increase of 1,035 percent. Sheryl and her husband Seth Long also produce some goods at a nearby community kitchen, which would mean another $1,350 expense each year.

Documents filed with the Legislative Research Commission show that the regulation would raise more than $1 million per year from 613 food manufacturers and cosmetics producers.

“When we first learned about a potential fee increase on our food-based processors across the state, of course, we were concerned,” Quarles said. “As we open up our economy, a lot of these small businesses are already in a fragile financial state, and so we need to have extra caution about any cost of business changes.”

Tamara Sandberg is the executive director of Feeding Kentucky, a network of seven food banks and 400 food pantries across the commonwealth. She said since she learned of the proposed rule, she polled Feeding Kentucky members, and only one respondent had heard anything directly about the proposal.

“We’ve been spending the last few weeks trying to make sense of it and where food banks fit. It’s kind of hard to understand if and how food banks are included,” Sandberg said. “The larger regional food banks that make up our network may be more likely to absorb some of the additional costs if they’re implemented, but we’re particularly concerned about smaller, more rural food pantries throughout Kentucky that are run completely by volunteers. This is something that could be very problematic for them to address, at the same time we’re already struggling because of the pandemic.”

In addition to running Southdown Farm, Seth Long is the president of the Kentucky Maple Syrup Producers Association, which believes maple syrup could become a valuable niche crop in Appalachian Kentucky. He worries the new regulation would be a powerful disincentive for a small farmer thinking about getting into the maple syrup industry.

“In this post-coal economy, especially here in central Appalachia, we seek to diversify our economy. And I think agricultural pursuit can be a real economic driver,” Long said. “I think when starting producers see $1,350 to get started, it’ll be a limiting factor for them.”