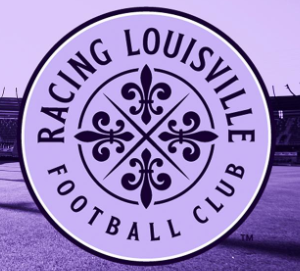 Fans can put forward $50 per seat by visiting RacingLouFC.com/tickets or calling (502) 568-2489, reserving their place in line to select the best locations next year inside Lynn Family Stadium.

“We’ve been overwhelmed with the response to last week’s rollout of our crest and colors,” said James O’Connor, the club’s executive vice president of development. “Since then, we’ve surpassed 1,000 season ticket members, and I encourage all who are interested to get their initial payments in before the stadium’s most in-demand seats are taken.”

O’Connor has said Racing Louisville FC is about a month from naming its head coach as part of an international search. Player signings will then follow from events such as the expansion and collegiate drafts.

Season ticket members with Louisville City FC, the USL Championship side that also calls the new Lynn Family Stadium home, are currently going through the first right of refusal process toward claiming their seats for Racing Louisville FC games.

On July 26, Racing Louisville FC will then host an open house at Lynn Family Stadium where new season ticket members have the opportunity to examine and select their 2021 locations. The date coincides with the NWSL Challenge Cup’s championship game that will be shown on the stadium video board beginning at 12:30 p.m.

Look for the opportunity to RSVP to the open house early next week.

Soccer Holdings, LLC, led by its chairman John Neace and president Brad Estes, is the team behind both Racing Louisville FC and LouCity. In addition to featuring Lynn Family Stadium, the group is preparing to break ground two miles east at Champions Park, home of a new $15 million training facility that will house the pro clubs, their accompanying academies and make room for seven fields.