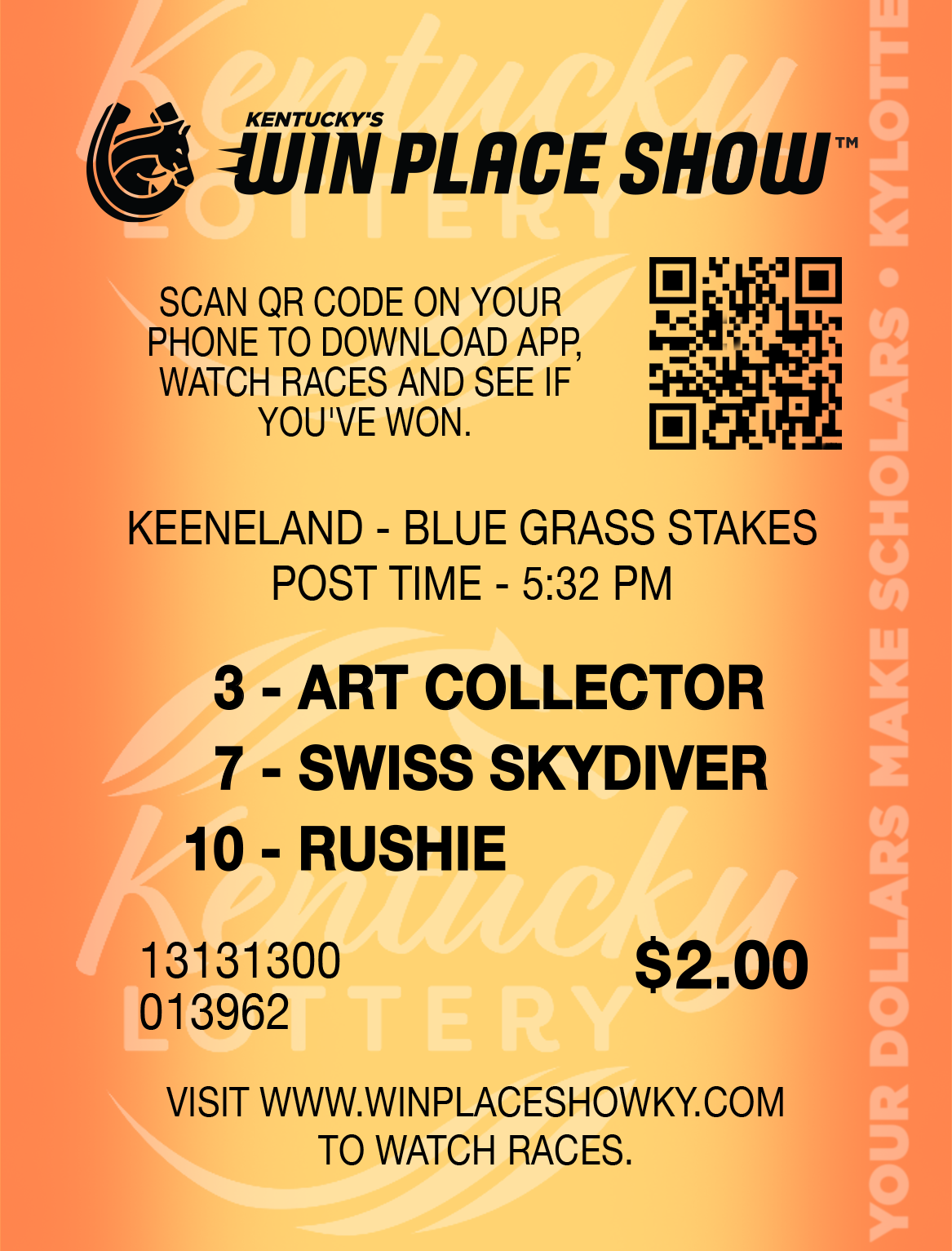 LOUISVILLE, Ky. — Win Place Show, the first lottery game ever to be based on live horse racing, is now on sale by the Kentucky Lottery.

The game revolves around Kentucky’s signature Thoroughbred industry, featuring races from across the country. For each drawing, players are randomly assigned three racehorse names and numbers on their ticket for the featured race that day. Results are based on the official results of that day’s race and the order of finish of the horses on their ticket.

As the game randomly assigns horses to the ticket (much like a Quick Pick ticket in a game like Powerball where numbers are chosen for a player) and there is no skill involved, it is considered a lottery game.

Much like the model in racing, the first and second prize levels are not fixed but instead based on that day’s sales for the game. If there is more than one winner in a prize tier the prize pool is divided equally among all winners on that level.

Players can find out if they’ve won by watching the featured race for that day on the Win Place Show mobile app (available for download on all Apple and Android products), by checking the kylottery.com website, or by scanning the QR code on the ticket while using the mobile app.

The game was successfully test piloted in the spring of 2019 in approximately 45 retailers in Louisville, Lexington and Northern Kentucky, and is projected to sell $2 million in tickets this fiscal year.