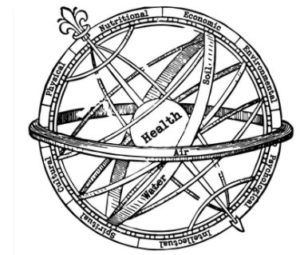 Louisville, Ky. — Results from the ongoing Co-Immunity Project at the University of Louisville’s Christina Lee Brown Envirome Institute show high levels of coronavirus infections in Metro Louisville. These results confirm previous findings, indicating that 30,000 to 40,000 people may have been exposed to the virus in Jefferson County since the beginning of the pandemic and that the rate of infection is higher in West Louisville than in other neighborhoods.

“These findings confirm our previous results that coronavirus infections have been more prevalent in our community than the previous testing would suggest. We estimate that nearly 34,000 individuals (between 21,470 and 52,900) may have been exposed to the virus – a number much higher than the 17,516 cases reported in the city by the end of September,” said Aruni Bhatnagar, Ph.D., director of the UofL Christina Lee Brown Envirome Institute.

The Co-Immunity Project is a unique series of studies to estimate the true prevalence of SARS-CoV-2, the virus causing COVID-19, in Jefferson County by testing a representative sample of individuals from different areas in the city in proportion to the age and race of the population of the area every eight weeks. The approach adopted by study investigators provides a more reliable estimate of the spread of coronavirus infection in different parts of the city than simply testing whoever comes forward to be tested.

The random sampling of different neighborhoods also allows the team to identify areas with a high prevalence of infection. Their results show that the rate of infection is 10-12% in western Jefferson County but 2-4% in other parts of the county.

“This marked disparity between the rates of infection in different parts of the city is sobering,” Bhatnagar said. “It should persuade us to engage community leaders about prevention and testing as well as to devote a greater proportion of resources for testing, prevention, and treatment of COVID-19 in West Louisville neighborhoods.”

In the most recent effort to obtain a uniform sample of city residents, investigators at the UofL Brown Envirome Institute mailed 32,000 letters to households across the city. They followed up the invitation letters with postcard reminders, some delivered to the doors of invitees in person.

Between Sept. 9 and 19, the team tested 2,208 individuals at seven different community drive-up locations for both the presence of the virus in participants’ nasal swabs and for antibodies against the virus in their blood, indicating the previous infection. Samples were analyzed at UofL’s Regional Biocontainment Laboratory (RBL) by the Center for Predictive Medicine for Biodefense and Emerging Infectious Disease (CPM).

Invitations were sent to individuals selected using addresses derived from U.S. Census Bureau tract boundaries. The first step was to identify different geographic regions in the county and then sample in proportion to the total population in those areas. Within the regions, areas that had higher concentrations of non-Whites were sampled at a higher rate to increase their representation. This sample selection ensured that households in all parts of the county were invited to participate in the study.

A total of 2,208 individuals were tested, 1,576 in response to the invitations, and an additional 632 who booked their own appointments after hearing about the study in the news or on social media.