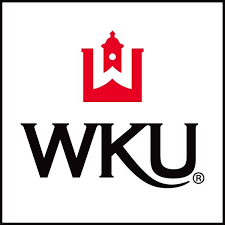 BOWLING GREEN, Ky. — After the recent announcement from Western Kentucky University President Timothy Caboni that WKU has launched a search for a new provost, faculty are raising concerns that they’ve been cut out of the process.

On Thursday, during its monthly meeting, WKU’s Faculty Senate endorsed a resolution that will be sent to Caboni requesting “full transparency of the selection committee members and Faculty Senate participation in that selection.”

Additionally, the group recommended that the search committee be made up of at least 50% non-administrative faculty. Several faculty members expressed frustrations about the committee’s membership, which has not been publicly disclosed.

“To have administrators and the president turn around and talk about how supportive they are of shared governance, it’s just lip service,” said Mac McKerral, coordinator of WKU’s journalism program. “Your actions speak louder than your words.”

Faculty Senate chair Julie Shadoan said Thursday she has been chosen to be on the search committee, but could not discuss its membership or how it was selected.

“It’s not that you will never know. It’s that it’s going to be announced publicly by email, not today,” said Shadoan, who seemed to share McKerral’s view. “It’s a point of contention with me, and I’ve been very vocal about it.”

Associate art history professor Guy Jordan agreed, adding the Faculty Senate should have a say in how non-administrative faculty are added to the search committee to reach 50% representation.

“I think that is a big problem … that we don’t know faculty are being chosen or how administrators or whoever else is being chosen for this committee,” Jordan said.

The national search for WKU’s top academic officer won’t make use of a search firm, university spokesman Bob Skipper previously told the Daily News. It will instead be staffed and supported internally and led by WKU College of Health and Human Services Dean Tania Basta and Executive Vice President Susan Howarth.

The hire will replace Acting Provost Cheryl Stevens, who accepted the job in April of 2019 after then-Provost Terry Ballman resigned under faculty pressure, which included a campaign that ended in a decisive no-confidence vote from WKU’s Faculty Senate targeting Caboni’s first major hire as president.

Ballman had been in the role for less than a year and was ultimately ousted from the position after a controversy stemming from the sudden resignation of Potter College of Arts and Letters Dean Larry Snyder, who has since been reinstated. Ballman has since parted ways with WKU.

Stevens is more than a year into an expected two-year stint as acting provost after moving up from her previous role as dean of the Ogden College of Science and Engineering.

The search is open to both internal and external candidates.