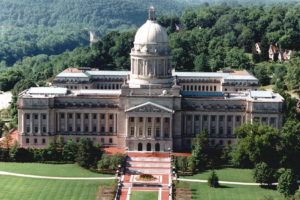 On Tuesday night, Kentucky’s election results showed a huge sweep for Republicans at the state level as they brought their majorities to 75 of 100 members in the House and 30 of 38 members in the Senate.

As we wait to see the final results in the presidential race and learn who will control the U.S. Senate, here is a look at how many state races played out.

Much of the following is written based on unofficial election results but many of the margins are safe.

Some of the most notable races people had been watching closely include:

The House saw Republicans defend and retain all incumbent members and will welcome many new members in 2021 including:

Senate Republicans also kept all their incumbent members and have two-seat pickups in Southworth and Turner.

Outgoing state Rep. Chris Harris (D) was running for the Kentucky Supreme Court in the 7th District. Harris was defeated by Circuit Judge Robert Conley, 54% to 46% on Tuesday night.

Stay tuned to The Bottom Line for results in the presidential and U.S. Senate elections.

The Bottom Line is the official news site of the Kentucky Chamber of Commerce.