The 2021 Kentucky General Assembly will reconvene in early February, and the remaining piece of essential business is agreement on a new state budget. The legislature faces a choice: deploy extra resources to build a bridge to the other side of this crisis, or pursue austerity and leave us facing a slower and more treacherous recovery.

Kentucky’s opportunities in this budget are surprising. Given the enormity of job loss when COVID-19 hit last spring, major budget cuts were expected. 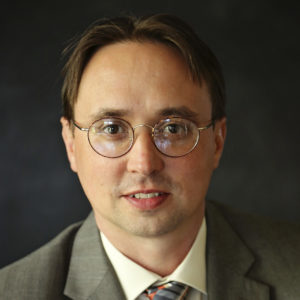 But that’s not been the case thanks to federal aid provided by Congress. The CARES Act and other relief legislation brought over $19 billion in aid that flowed through Kentucky’s economy. States like Kentucky with an income tax are especially bolstered as wealthier people have done well through the crisis and as taxes are withheld from federally boosted unemployment payments.

The result is $613 million extra the state now has to help us through the recession. Governor Beshear laid out a proposal that would use those dollars for three priorities.

First, he would provide relief to families and businesses most harmed during the pandemic. The governor sent out $48 million in supplemental help to those left out and left behind when it comes to unemployment benefits. In addition, he proposes grants to more than 12,000 Kentucky small businesses like restaurants, hair salons, fitness centers, and retail shops, as well as to 2,000 Kentucky nonprofits that serve low-income people, communities of color, and others feeling the brunt of hardship in the pandemic.

Second, the governor’s budget protects public services. It includes no new budget cuts for the first time in over a decade; modest raises for teachers, other school employees, and state workers; and more money is desperately needed areas like adding new social workers to address the child welfare crisis and supporting health departments as they fight COVID-19.

Though these priorities are sensible, there is dissent coming from some quarters. One claim is that we must budget more conservatively because of the economic uncertainty we face in the coming months.

However, the official nonpartisan revenue forecast the budget is based on is already very conservative. It assumed we would get no new aid from the federal government. But in fact, Congress passed and the President signed an aid package in late December that is bringing $5 billion more in relief to Kentucky. And President Biden has proposed another new package twice as big as that one, a version of which is highly likely to pass the new Congress.

A relief-focused budget is fiscally responsible and economically strategic in a downturn. Spending extra public dollars in recessions counteracts reduced consumer spending and business investment — keeping money moving and people employed and on their feet while markets heal. The governor’s budget also actually adds to the rainy day fund and fully funds the state’s pension obligations, even increasing the amounts contributed for pensions at quasi-governmental organizations like health departments and community mental health centers.

We know from experience that austerity is a path to a sluggish recovery. The federal government stopped providing aid too early in the Great Recession, leading to 20 rounds of budget cuts in Kentucky and a decade of stagnation in-state investments. That contributed to one of the slowest recoveries on record, with unemployment remaining too high for most of the 2010s and little to no wage growth for Kentucky workers.

Let’s not make the same mistake this time around. Using available dollars to help Kentuckians, protect vital services, and put people back to work is not just the right thing to do in a crisis. It’s essential to getting the economy going