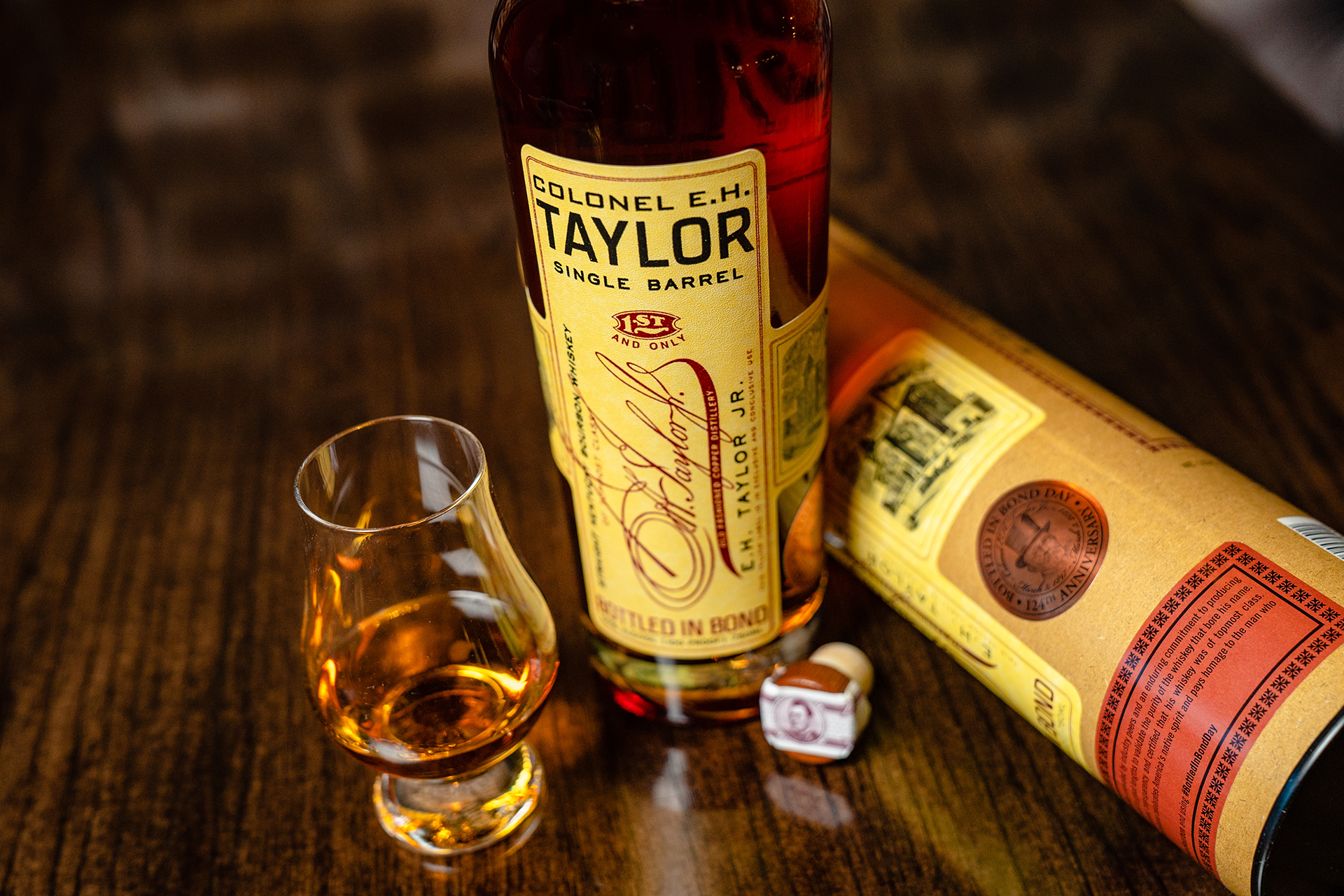 FRANKFORT, Ky.  – On this day nearly 125 years ago, Col. Edmund Haynes Taylor Jr. succeeded in getting the Bottled in Bond Act passed, the first consumer protection act. It guaranteed the integrity of the whiskey to the American consumer, and among other things, guarantees only water can be added to the whiskey.

Prior to its passing, disreputable sellers would put items like tobacco juice, turpentine, iodine or other unsavory and potentially poisonous additives to a barrel of whiskey to fill it back up, and/or to give the liquid color.  Back in those days, whiskey was usually delivered by the barrel to a local saloon, general store or pharmacy where customers could fill up their own jug directly from the barrel, or retailers could bottle it up for resale on the spot.

Buffalo Trace Distillery today salutes E.H. Taylor Jr. by releasing a Bottled in Bond Day commemorative edition of 9-year-old E.H. Taylor Jr. Single Barrel.  One special barrel was hand-picked by the team at the distillery, the bottled contents being made available through musician Chris Stapleton’s charitable fund, Outlaw State of Kind. Each bottle will be autographed by Stapleton.

These initial bottles are available for bidding on the online charity auction Charitybuzz. The remaining bottles will be used throughout the year to raise funds for a variety of charities across the country.

“The first glass of E.H. Taylor Jr. I ever had was in the studio,” Stapleton said. “Vance Powell, engineer of both music and good times, brought a bottle to the session for inspiration. That week we recorded an entire album, and that album was ‘Traveller.’ ”

“Traveler,” Stapleton’s 2015 debut, won Album of the Year at the CMA Awards.

Bottled in early February, this bourbon is 9 years old. The commemorative single barrel bottling will not be available at retail.