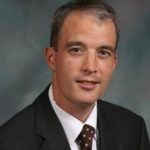 “Drew’s outstanding leadership background and 15 years of experience with Hyatt make him an incredible asset to our already-strong team here in Louisville, and we can’t wait to see how Drew takes our hotel to new heights in the coming years,” said Will Barber, the Hyatt’s director of sales.

Carnahan joined Hyatt in 2006 with several years of prior hospitality experience with brands including Wyndham, Intercontinental Hotels, and Wolfgang Puck Catering. During his time with Hyatt, Carnahan’s career has included positions in Aruba and San Antonio before arriving in Orlando in November 2015.

The Hyatt Regency Louisville is located in the heart of downtown near Fourth Street Live!, Kentucky International Convention Center, and KFC Yum! Center.