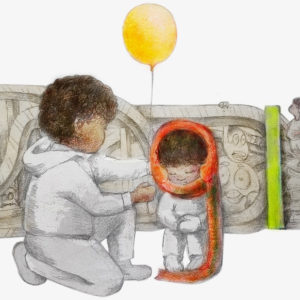 Doodle for Google is an annual art contest open to students in grades K-12 across the nation. Students were invited to submit their artistic interpretation of this year’s theme, “I am strong because…” for the chance to have it featured on Google.com, as well as the winning students receiving scholarships along with tech packages for their schools.

In describing his doodle, Milo stated, “I am strong because I have hope. I once asked my father how he overcame obstacles and became who he wanted to be. ‘Hope, hope keeps me strong.’ After I unexpectedly lost him at 13 due to a heart attack, it helped me overcome grief and support other children who lost loved ones.”

After making it through the initial round, which was facilitated by a panel of judges, a public voting stage took place which advanced him to the finals. Google executives then selected Milo as the winner.

Golding will be honored in a special ceremony today in Lexington at City Hall by Governor Andy Beshear and Mayor Linda Gorton at 1:30pm.