Home » Transportation: A Conversation with the Secretary 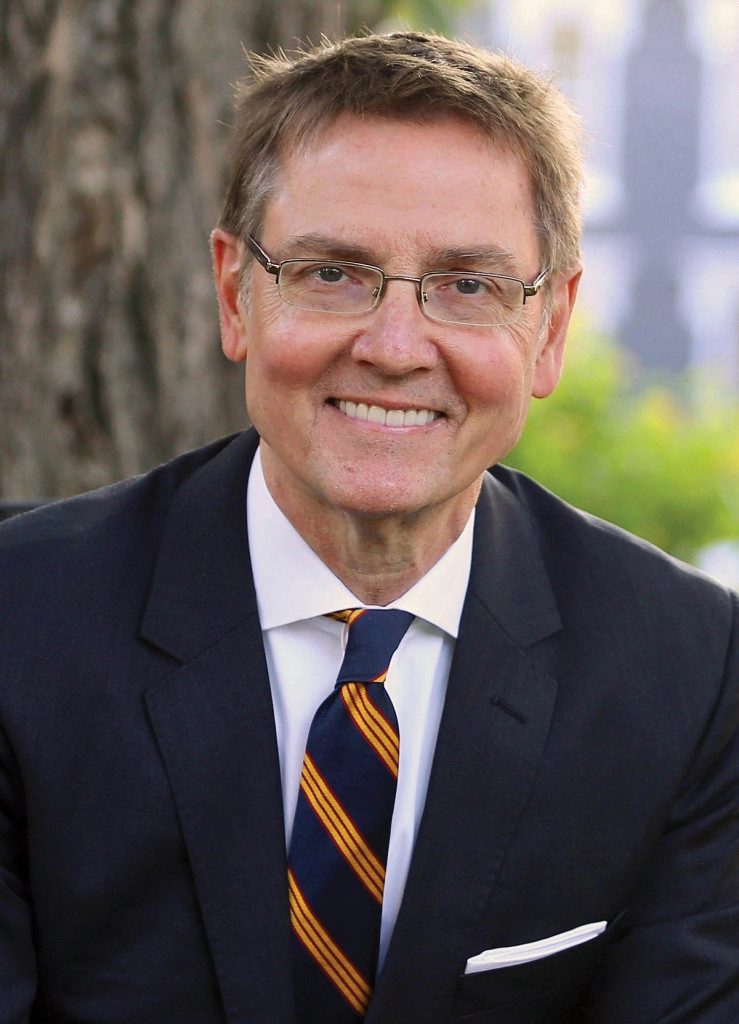 Kevin Stinnett: In the 18 months you’ve been in this position, what has been your biggest surprise going from being mayor of Lexington to Transportation Cabinet secretary?
Jim Gray: I now realize how much authority the state has over cities—and how much cities and towns rely on transportation. Every day I get a call, text or email from a local official somewhere in the state. I have given them all my cell number to be accessible; the governor told me to and I was happy to do it. I realize how essential transportation infrastructure is to the state. There is not a week that goes by that a county or town isn’t calling about a potential project—a new turning lane, an access road or industrial park. That’s all good; it shows our economy is growing across the state.

The Brent Spence Bridge (repair) project was a real test for the cabinet. We got it done ahead of schedule and under budget and got it back into working order. We learned how essential that bridge is to commerce—not just Northern Kentucky and southern Ohio but the country: 3% of the country’s GDP crosses that bridge annually, something like $600 billion a year.

KS: You mentioned repairing the Brent Spence Bridge after a fiery crash closed it. What other challenges did you have during COVID that made your first year tough?
JG: We have 4,400 employees in the cabinet and roughly 3,400 of those are people on the front lines, out there in snow and ice. They are there on the highways or interstates when there is a problem or accident. They are there controlling traffic in construction projects, monitoring construction, inspecting and managing construction projects. And that work needed to continue. We also had the challenge of quickly adjusting to remote work and telework. The cabinet did an extraordinary job of adjusting and continuing to get the job done.
It was a real challenge managing the social distancing. There was concern and anxiety among many of our employees who were on a job site. There was anxiety and concern among the contractors who were on job sites. But what is characteristic of good teamwork is people working together to solve problems. I was so impressed and inspired by the quality of the management of the cabinet at every level. People came together in the spirit of cooperation. It really manifested throughout COVID as we were making adjustments and it required extraordinarily capable management at every level.

KS: Have you had an issue getting supplies and materials?
JG: Paint for striping the highways has been a real problem. That was the first commodity we were seeing problems with maybe three months ago. At the same time, lumber prices were going up, steel prices were going up and so was reinforced steel associated with any kind of bridgework. All of these translate into increased costs. (Even though) our revenues today have begun coming back up, compared to 2015 they are down significantly, and they haven’t come back to that level.

KS: You mentioned efficiencies in getting the Brent Spence Bridge completed. Are there any efficiencies you will keep in the cabinet that you learned through COVID?
JG: Before COVID, the chief district engineers would meet maybe once a quarter. Once the pandemic hit, we were meeting two days a week–virtually–in order to quickly make adjustments. It has backed down to once a week but that has continued and the improved communication that has come as a result is dramatic. That is not Jim Gray saying it; that is coming from people within the organization. They are bouncing ideas off each other today that they did not do before. What are we doing in District 12 that we can do in District 1? How do we take best practices and translate that into the work environment at a faster pace? What we are seeing happen with these new methods of managing communications is the ability to respond to changes that are occurring so quickly.

Right now, the automotive industry is not just in a transformation, it’s in a revolution–a revolution to autonomous electric vehicles and battery manufacturing. That potentially changes our entire revenue structure for the Transportation Cabinet. We get our revenues today from the tax on gasoline and diesel. If those numbers decline with more electric vehicles, we are in a more stressful position than we are already, where we are behind a billion dollars in bridge maintenance and a billion dollars in pavement management in Kentucky.

Surrounding states have managed to make adjustments to their revenues through tax increases for gasoline and diesel fuels.
It is very challenging to get to an agreement on any kind of revenue hike. The challenge today is that our revenues in absolute dollars are less than they were in 2015. Highway construction costs have increased 35% and they are just going up. So you have declining revenue and increasing costs. Any business would find that a problematic dynamic.

We have to get up to speed on who is paying for these electric vehicles, paying their fair share. There is not even a fee today. The state legislature would have to pass any type of fee. There is plenty of advocacy supporting legislation to address these revenue needs. With electric vehicles coming on strong, that issue has to be tackled. General Motors said by 2035—14 years from now—they are only going to be producing electric vehicles.

KS: Speaking of other revenue sources, CARES Act money from Washington, D.C., has trickled down. What are some of the big priorities with that federal money?
JG: There are clear guidelines on the CARES funding. Of the roughly $150 million we received, $77 million was toward airports. And of that, 95% went to the five commercial airports: Paducah, Owensboro, Lexington, Louisville and Northern Kentucky. It was a big boost to these commercial airports when they lost so much revenue. Our other big number was roughly $60.5 million for public transit in rural areas of the state.

KS: Do you know what is in the new federal infrastructure bill?
JG: We are trying to translate what the bill might generate into how can we utilize this. We need a billion dollars in bridge repair to bring our bridges from poor to good and a billion dollars in pavement maintenance work to bring our pavement up to good. Then we have major projects like the I-69 bridge in western Kentucky between Henderson and Evansville, and continuing the Mountain Parkway. Those two major projects are well underway (and) on schedule. Gov. Eric Holcomb recently announced that Indiana was going to fund the I-69 approach that is closest to Evansville and closer to the bridge. I-69 will be a major economic shot in the arm for western Kentucky.

KS: You have mentioned that one of the first things companies look for when they come to Kentucky is transportation access. How do you interact with the Cabinet for Economic Development?
JG: The governor has been very clear that jobs and economic development for our communities around the state is job number one. And he is a great salesman; makes a difference when the governor is there in the negotiations, working with folks who are looking at Kentucky for locations. I am talking to a county judge or a mayor on a daily basis, and at least weekly I am talking to (Economic Development Secretary) Larry Hayes or the governor about a transportation need and how we can make improvements.
It also means working with the legislature. What I have found encouraging is that members of legislature are very supportive of job growth and economic development. The governor and the leadership in legislature and members of the legislature have found common ground and have been able to work together on a number of the projects.

KS: Are there any technology upgrades the Transportation Cabinet is working on?
JG: We are going to need to rely more and more on technology; electric vehicles and autonomous vehicles are going to carry the day sooner than later. That means innovative technology is going to be essential. Autonomous vehicles have to have clear lane markings, so the Transportation Cabinet has to respond and be creative. The challenge is to keep up with new ideas and implement new technologies as quickly as this change is occurring.