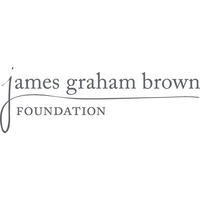 LOUISVILLE, Ky. — The James Graham Brown Foundation has committed to providing a $2.5 million leadership grant to the West End Opportunity Partnership, which is a plan to encourage and support economic development and energize Louisville’s West End neighborhood.

The initiative will contribute and support economic growth in the West End in several ways. Most notably, for the next 20 years, 80% of new tax revenue collected in the area will stay in the West End. Additional potential areas of focus include loans to new and existing businesses, environmental cleanup, financing for more affordable rental units, home improvements and more.

The West End Opportunity Partnership was backed and passed by State Senators Neal, Adams, McGarvey, Stivers, and State Representatives Stevenson and Fleming. The project was born out of broad community conversations over the past two years. The initiative will be governed by 21 board members, who represent the racial majority of residents in west Louisville. To learn more about the West End Opportunity Partnership and for more information on donating to the initiative,  visit https://westendpartners.org/

About the James Graham Brown Foundation

The James Graham Brown Foundation was established in 1954 by the noted lumberman, horseman, and entrepreneur.  Since its founding, the organization has awarded nearly 4,000 grants totaling over $620 million. The foundation funds a variety of causes and local charities working in the areas of education, human services, economic development, cultural and civic projects. Total grants for 2020 were approximately $18,055,025.